The United States has been "undiplomatic" in its role facilitating talks between three countries on the Nile River over a giant dam, the Ethiopian government has said.

The US has been enabling talks between Ethiopia, Egypt and Sudan over the Grand Ethiopian Renaissance Dam, set to become the largest hydropower plant in Africa.

Despite the complaints, Ethiopia has promised to continue the negotiations.

The €3.5 billion project has set the government of Ethiopia and Egypt at loggerheads since Ethiopia broke ground in 2011.

Egyptian authorities are worried that filling a huge reservoir too quickly could staunch the Nile's flow lower down.

The US Treasury Department stepped in last year after Egyptian President Abdel Fattah al-Sisi put in a request to his ally, US President Donald Trump.

Last week, the Treasury Department said an agreement had been reached and urged Ethiopia to sign "at the earliest possible time" and Egypt said it had signed the "fair and balanced" deal.

However Ethiopia, which skipped the most recent round of talks, denied any deal had been agreed. 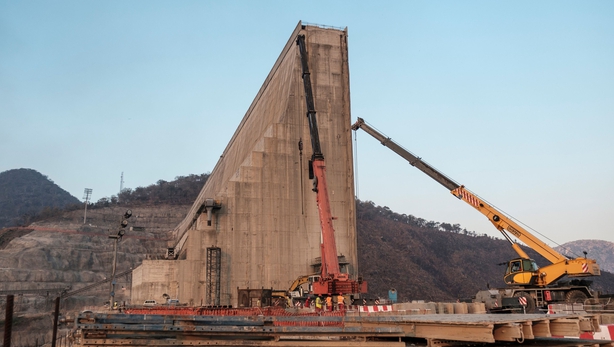 "The recent statement by the US we believe is undiplomatic and does not reflect a great nation like this," Ethiopian Foreign Minister Gedu Andargachew told a press conference on Tuesday.

"We want Americans to play a constructive role. Any other role is unacceptable," he said, warning Washington not to rush the process or try to influence the outcome.

Mr Sisi's office said later the Egyptian president had been reassured by Mr Trump that the US would stick with the talks until a deal was signed, though it was unclear if the reassurance came after Ethiopia's criticism.

Ethiopia sees the dam as essential for its electrification and development, but Egypt - which depends on the Nile for 90% of its irrigation and drinking water - sees it as an existential threat.

The biggest worry for Egypt is the filling of the dam's enormous reservoir, which can hold 74 billion cubic metres of water.

The US Treasury Department said on Friday that "final testing and filling should not take place without an agreement" - a position endorsed by Sudan.

The statement implied that if Ethiopia starts filling the dam before a deal is reached "it would breach an international legal principle not to cause significant harm to downstream nations", said William Davison, Ethiopia analyst for International Crisis Group, a conflict-prevention organisation. 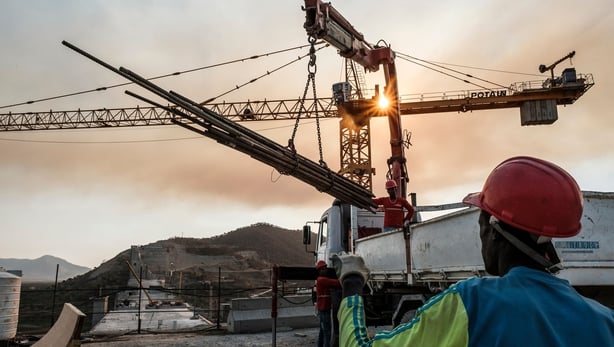 "While Ethiopia disagrees with this and has cause to be concerned, it is not clear if the US has any intention to enforce this position, and it is more likely that negotiations continue in one form or another," Mr Davison said.

Mr Gedu said Ethiopia felt singled out in the US statement and urged Washington to stay neutral.

"If the Americans apply pressure it should be on all parties, not just our side," he said.

Seleshi Bekele, Ethiopia's water minister, told AFP after the press conference that the US statement "must be corrected".

He added that Ethiopia could start filling the reservoir when the next rainy season begins in June.

The US has denied showing favouritism towards Egypt, with State Department official Tibor Nagy saying his country "has consistently said that we are neutral in that whole business".