Greece has blocked nearly 10,000 migrants and refugees trying to enter at the Turkey border over the past 24 hours, a Greek government source said.

Turkey opened its gates to Europe saying it could no longer cope with refugees from war-torn Syria.

The EU's border protection agency Frontex said it is on "high alert" on borders with Turkey as thousands of migrants seek to enter the bloc, adding it is deploying support to Greece.

"We... have raised the alert level for all borders with Turkey to high," the Frontex spokeswoman said in a statement to AFP, adding: "We have received a request from Greece for additional support. We  have already taken steps to redeploy to Greece technical equipment and additional officers."

Since dozens of Turkish troops were killed in northwest Syria last week, Turkish President Recep Tayyip Erdogan has launched reprisal attacks against Syrian regime forces and increased pressure on Europe over the conflict.

Around 2,000 people including women and children arrived this morning from Istanbul and walked through a field towards the Pazarkule border gate, an AFP correspondent said.

Thousands who were already at the border had spent the night in very cold temperatures and lit fires to warm themselves up, the correspondent added. 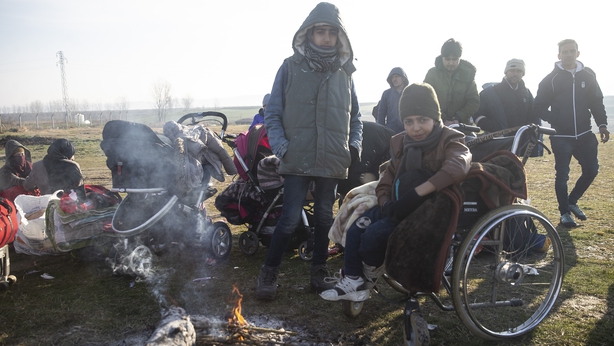 A small group of migrants threw stones at a Greek police car on the other side of the border where skirmishes occurred the day before as the Greeks refused to let them cross.

Turkish Interior Minister Suleyman Soylu claimed on Twitter that 76,358 migrants had left Turkey by this morning via Edirne province where Pazarkule is located.

Edirne, which is in northwest Turkey, borders Greece and Bulgaria.

The International Organisation for Migration (IOM) last night said around 13,000 migrants gathered along the Turkish-Greek border.

Turkey hosts around 3.6 million Syrian refugees and in recent years, the number of Afghans entering Turkey has jumped.

Mr Erdogan said yesterday that Turkey had "opened the doors" and did not plan to close them because "the European Union should keep its promises". 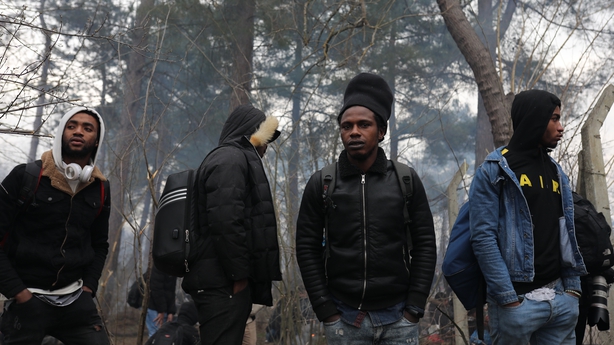 He was referring to the 2016 deal with Brussels to stop the flow of refugees in exchange for billions of euro.

Ankara seeks to pressure Western governments into supporting Turkey in Syria after 34 Turkish troops were killed since Thursday in northern Syria's Idlib region.

Turkish forces retaliated and continued to hit Syrian regime positions this weekend after Mr Erdogan warned Damascus would "pay a price" for its aggression.