Riot police on the Greek island of Lesbos fired tear gas to disperse hundreds of protesters angry about the creation of a new detention centre for migrants, the latest bout of unrest over the matter.

The Athens government infuriated residents of five Aegean islands, all straddling a key route to Europe used by thousands of migrants, by announcing two weeks ago that it would expedite the construction of secured detention centres to replace open-access, severely overcrowded camps.

Local residents say they are concerned such an arrangement could become permanent. 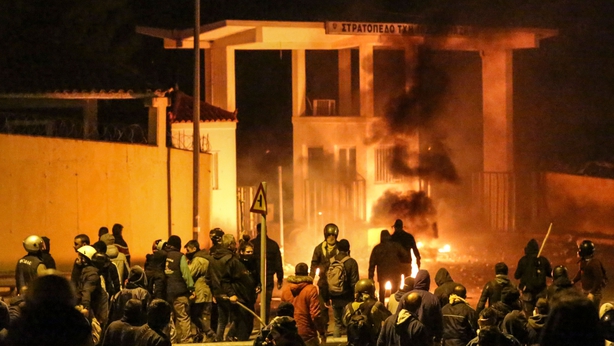 In a second straight day of disturbances yesterday, local crowds tried to approach a site earmarked for a new migrant centre, triggering clashes with helmeted police on a road winding through a hilly forest.

"More than 1,000 people protesting at the new facility ... threw stones at police, smashing their helmets. Police were forced to use chemicals," a police spokesman said, using a euphemism for tear gas. 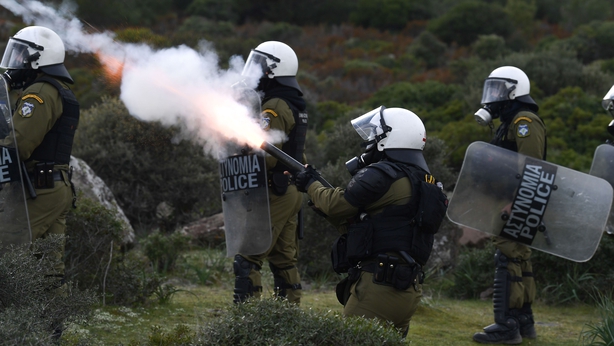 At least ten protesters and dozens of police officers were injured during the clashes before they subsided early in the evening, another police official said.

More police were deployed this week to the five affected islands to deal with the protesters.

On the island of Chios yesterday, local people stormed into a hotel where newly arrived police officers were staying, precipitating scuffles.

Earlier in the day, hundreds of people gathered in the town of Mytilene on Lesbos as part of a general strike to protest at government plans to create the new closed migrant facility. 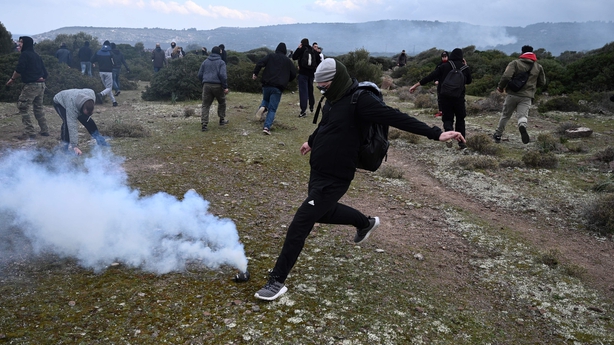 On Tuesday, locals used vehicles and rubbish trucks to try to block police reinforcements and heavy machinery in a port.

The Athens government says the closed centres will offer greater security and safety to both asylum seekers and local residents, and plans to build them on the islands of Samos, Kos, Leros and Chios in addition to Lesbos.

Locals say the islands are carrying a disproportionate burden from a migrant crisis that began in 2015 when more than one million people fled violence in the Middle East and beyond via Turkey, reaching Greece and then moving on to wealthier central and northern Europe, their preferred destinations.

Border closures imposed since then along the migrant corridor through the Balkans and central Europe north of Greece have left many thousands of later arrivals marooned on Greek islands near Turkey.