Two deaths from the new coronavirus have sparked fears throughout northern Italy, as towns shuttered shops and schools to try to halt a rise in new infections.

Italy became the first country in Europe to report the death of one of its own nationals from the virus, triggering a lockdown in around a dozen towns.

A 77-year-old woman died today near the small town of Codogno in Lombardy in the north, a day after a 78-year-old retired bricklayer succumbed to the virus in the neighbouring region of Veneto.

In Lombardy, health officials confirmed 39 cases of the virus that first emerged in China, now known as COVID-19, with another 12 cases in Veneto.

But he cautioned: "Today it's not a pandemic."

Prior to yesterday, Italy had reported just three cases of the virus, which first emerged in the Chinese city of Wuhan late last year.

He said health authorities had identified "patient number one", a 38-year-old man in intensive care in Codogno.

All cases in the region are connected to him, Mr Gallera said, whether medical workers, relatives or friends, he said. The man's wife, understood to be pregnant, has also tested positive for the virus.

Italian media have reported that the man dined in January with a friend who had returned from China, but the friend has since tested negative for the virus.

Prime Minister Giuseppe Conte, who has called an emergency meeting with the health authorities, expressed his sympathies on Facebook for the deaths and said the government was considering "extraordinary measures" to fight the onslaught of new cases.

More than 50,000 people from about a dozen towns in the two northern regions were asked to stay at home by the local authorities.

Lombardy is a prosperous region best known for its business capital of Milan. Ten communities in the area have now been shuttered as the authorities try to stamp out further infection.

In Codogno, streets were mostly deserted and few shops were open after the mayor put the town of 15,000 people on temporary lockdown yesterday.

One man in the street, who gave his name as Alberto, said there was a "muffled silence" in town.

"I don't have a mask because they ran out in the pharmacy, but I'm taking precautions," said the 68-year-old.

"When I meet someone, I talk to them keeping my distance, or I take the long way around to get home so I don't run into anyone."

Only a bakery and a few businesses were open, with many shops posting signs saying they were closed due to the lockdown, which could last as long as five days.

"No entry" read the sign outside Codogno's emergency room. 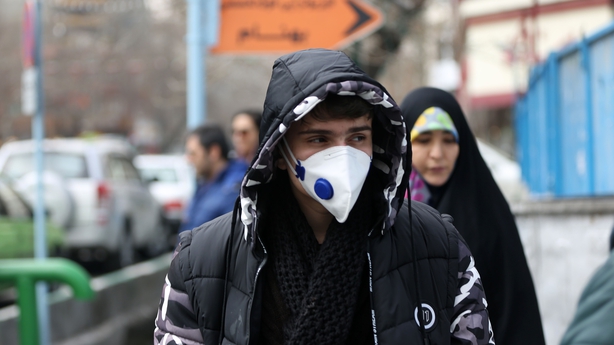 Italy's health minister said the man who died yesterday, Adriano Trevisan, had been admitted to hospital 10 days earlier for an unrelated health issue.

The president of Veneto, Luca Zaia, had told RaiNews 24 earlier today that none of those infected with the virus in the region had been in contact with anyone who had recently arrived from China.

Two Chinese tourists from Wuhan are still being treated in isolation in Rome. A third man who was also quarantined has since recovered, but is still being held at the same hospital, the Spallanzani Institute in Rome.

In the areas under lockdown in northern Italy, public activities such as carnival celebrations, church masses and sporting events have been banned for up to a week. 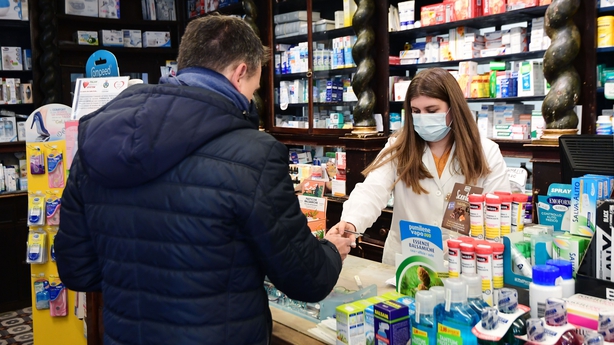 In the town of Casalpusterlegno, a billboard instructed residents "to stay in your own homes".

In most towns, bars, restaurants and libraries have been closed. In Veneto, the university will be closed next week, Mr Zaia said.

Since December, COVID-19 has killed more than 2,200 people in China, the epidemic's epicentre.

Elsewhere in the world, it has killed more than a dozen people and spread across some 27 countries and territories. Last Sunday, an 80-year-old Chinese tourist died from the coronavirus in France.

South Korea has today reported 142 more coronavirus cases, the sharpest spike in infections yet, with more than half of the new cases linked to a hospital in a southern city.

South Korea's national toll of 346 is now the second-highest outside of China, with the jump in cases at a hospital in Cheongdo following a similar spike among members of a religious sect in the nearby city of Daegu.

A repatriation flight carrying 32 British and European passengers evacuated from the Diamond Princess cruise ship in Japan landed in the UK at Ministry of Defence base Boscombe Down in Wiltshire today, the British Foreign Office said.

The passengers are being taken by road to Arrowe Park Hospital on the Wirral for 14 days of quarantine to protect against the spread of the illness should any of them be infected.

They have so far tested negative for Covid-19.

Arrowe Park was previously used to host 83 people for a 14-day quarantine period earlier in February after they were flown out of Wuhan.