France has warned Britain to expect a bitter battle in Brexit trade talks with the EU, saying the two sides would "rip each other apart".

Negotiations for a deal on future EU-UK relations are not due to start until next month, but London and Brussels have already clashed over rules for British financial firms' access to the EU after Brexit.

French Foreign Minister Jean-Yves le Drian said it would be tough to achieve Britain's aim of agreeing a free trade deal by the end of the year, with the two sides far apart on a range of issues.

"I think that on trade issues and the mechanism for future relations, which we are going to start on, we are going to rip each other apart," Mr Le Drian said at the Munich Security Conference.

"But that is part of negotiations, everyone will defend their own interests."

Britain formally left the EU two weeks ago but still trades like a member under a transition period ticking down to the end of this year.

The remaining 27 EU states are currently drawing up their mandate for the talks on the future relationship, with France in particular pushing for a strong stance, notably on the vexed question of fishing.

France and several other countries want to be able to keep fishing in British waters, while London wants full autonomy and limited access for European fishermen. 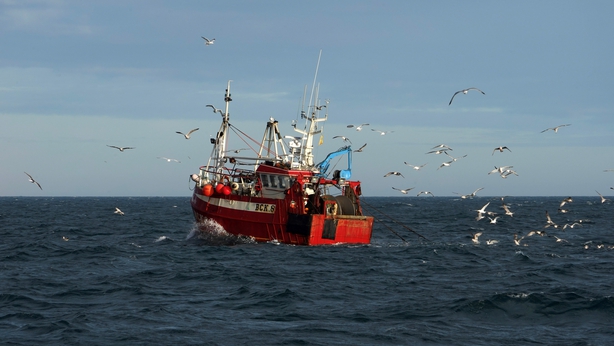 "Let's hope the talks are done as quickly as possible, but there are a lot of issues and some difficult points to deal with," said Mr Le Drian, who is from the important French fishing region of Brittany.

In a sign of the likely bruising exchanges ahead, Mr Barnier this week told the British government not to kid itself about EU access for its prized financial services sector.

Mr Barnier firmly rejected a British suggestion that City of London companies could be given broad, permanent access to EU markets without conditions.

Before the 31 January exit from the EU, Britain said it wanted an ambitious and comprehensive accord with the bloc.

But since then, Prime Minister Boris Johnson's government has dialled back, signalling it is willing to accept trade friction in return for sovereignty.