A Russian-backed Syrian government offensive against the country's last rebel enclave has caused one of the biggest waves of displacement in the nine-year war.

"Since 1 December, some 520,000 people have been displaced from their homes, the vast majority - 80% - of them women and children," said David Swanson, spokesman for the United Nation's humanitarian coordination office, OCHA.

The exodus, which coincides with a biting winter, is one of the largest since the 2011 start of a conflict in which more than half of the country's pre-war population of 20 million has been displaced.

He said the UN was alarmed by the plight of more than three million people - half of them displaced by violence elsewhere - who live in Idlib province and surrounding areas.

Government troops and militia forces backed by Russian and other allied forces have in recent weeks upped the pressure on the jihadist-dominated region.

They have retaken dozens of villages and some major towns - including the former rebel bastion of Maaret al-Numan - and continue to advance, pushing displaced populations ever closer to the Turkish border.

"My strong appeal is for a cessation of hostilities," he told reporters at the world body's headquarters 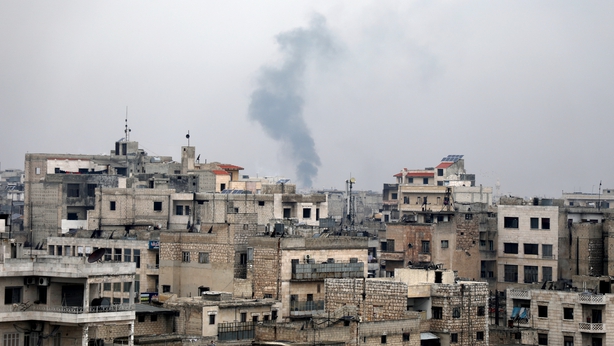 "Syria is right now trying to buy time by driving those innocent and grieving people in Idlib toward our borders," Mr Erdogan said.

"We will not allow Syria the opportunity to gain ground there."

Almost 300 civilians have been killed since mid-December in bombardment on the Idlib region, according to the Britain-based Syrian Observatory for Human Rights.

Syrian forces are attacking the enclave on two fronts, from the south of the province where they have already reconquered much ground, and from the province of Aleppo to the west. 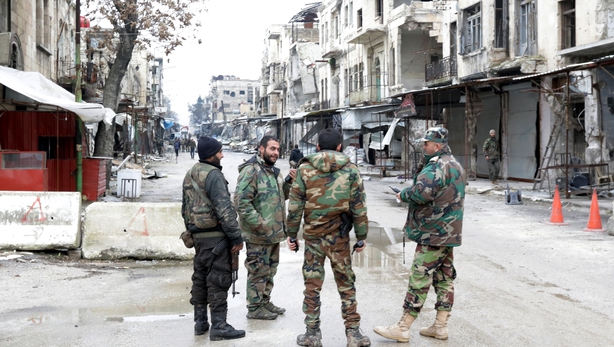 UN experts have said the heightened attacks in the northwest may amount to war crimes.

The UN's Independent International Commission of Inquiry on the Syrian Arab Republic said "attacks on civilian infrastructure, including schools, markets, and medical facilities" have been reported in the last two weeks.

"The deliberate and systematic targeting of hospitals follows a pattern already documented by the Commission, and may amount to war crimes," it said in a statement.

"An important number of hospitals in the area have been hit and have been either partially or fully destroyed in ... the space of just a few months" said Cristian Reynders, the organisation's project coordinator for northern Idlib. 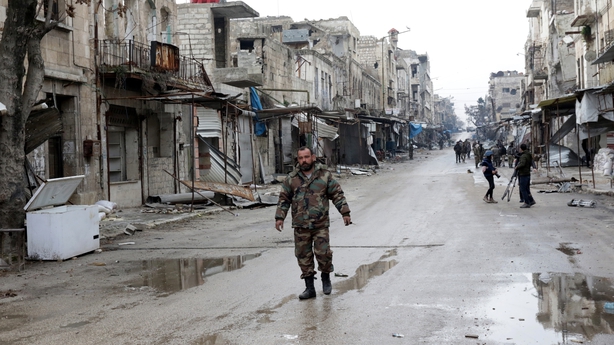 The escalation comes amid spiking tensions between Syria and Turkey.

Yesterday the Turkish and Syrian armies engaged in their deadliest clashes since Ankara sent troops to Syria in 2016.

Retaliatory fire from Turkey killed at least 13 Syrian government troops, the Observatory said, in an incident that further tested the uneasy coordination between Russia and Turkey - the two main foreign brokers in the Syrian conflict.

Under an agreement reached in Sochi last year, Russia was meant to prevent Syrian forces from launching a devastating operation in the densely populated Idlib enclave.

Turkey's part of the deal was to contain the extremist groups running the region, but instead the forces it supports have been sidelined by Syria's former Al-Qaeda affiliate, Hayat Tahrir al-Sham, which dominates Idlib.