President Michael D Higgins joined leaders from around 60 countries at Auschwitz in Poland to honour the more than 1.1 million Jewish victims of the Nazi death camp 75 years after its liberation.

A dwindling number of elderly Holocaust survivors also gathered at the site amid fresh concerns over anti-Semitism.

More than 200 survivors came from across the globe to the camp the Nazis built in Oswiecim in then-occupied Poland, to share their testimony as a stark warning amid a recent surge of anti-Semitic attacks on both sides of the Atlantic, some of them deadly.

As night fell, survivors and dignitaries carried flickering candles as they walked along the railway that brought Jews from across Europe to the gas chambers, before laying wreaths and their candles at a memorial monument. 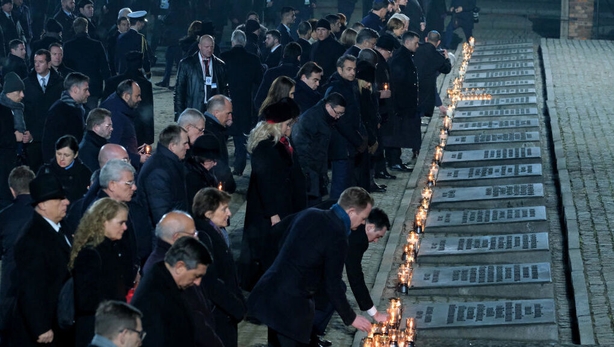 "We want the next generation to know what we went through and that it should never happen again," 93-year-old Auschwitz survivor David Marks told reporters at the former death camp yesterday, his voice breaking, heavy with emotion.

Thirty-five members of his immediate and extended family of Romanian Jews were killed in Auschwitz, the largest of Nazi Germany's camps that has come to symbolise the six million European Jews killed in the Holocaust.

From mid-1942 the Nazis systematically deported Jews from all over Europe to six camps - Auschwitz-Birkenau, Belzec, Chelmno, Majdanek, Sobibor and Treblinka. 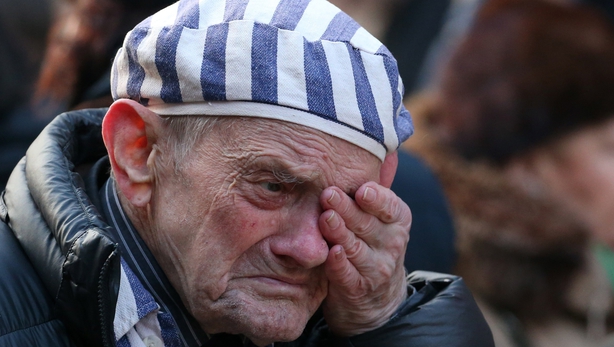 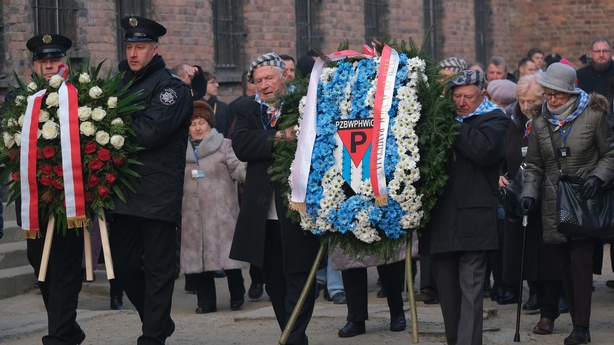 Organisers insisted that the memorial ceremony must focus above all on what survivors have to say rather than the bitter political feuds that have tainted the run-up to the anniversary.

"This is about survivors, it's not about politics," Ronald Lauder, head of the World Jewish Congress, said as he met a group in the former camp, now a memorial and state museum run by Poland. 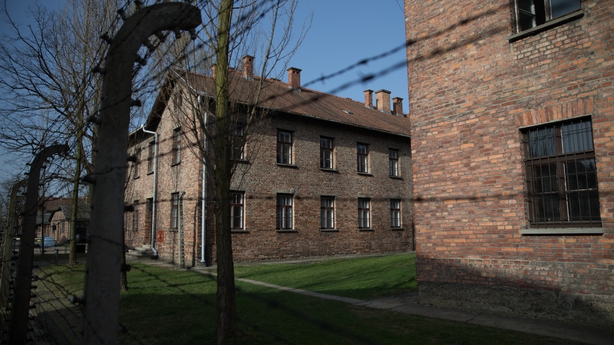 It was seen as rivalling the event in Poland, which has tricky relations with Israel.

However, both the presidents of Israel and Poland called for greater global efforts to combat anti-Semitism.

Israeli President Reuven Rivlin told a news conference that: "Today we hear voices which spread hate, on the internet, on the street and in the centres of political power...Our duty is to fight anti-Semitism, racism and fascist nostalgia, those sick evils that... threaten to eat away at the foundations of our democracies."

Poland's President Andrzej Duda said: "This presence is a sign of remembrance, it is a visible sign of opposition to inhuman treatment, hatred, against all forms of hate, especially racist hate," at the same news conference.

While the world only learned the full extent of its horrors after the Soviet Red Army entered the camp on 27 January 1945, the Allies had detailed information about Nazi Germany's genocide against Jews much earlier.

In December 1942, Poland's then London-based government in exile forwarded a document, titled "The Mass Extermination of Jews in German Occupied Poland", to the Allies.

Map of the Auschwitz-Birkenau Nazi death camp as it was in 1944 in Poland pic.twitter.com/7J3W9qj4nh

The document included detailed accounts of the unfolding Holocaust as witnessed by members of the Polish resistance, but drew disbelief and only muted reactions from the international community.

To inform the Allies, Polish resistance fighters Jan Karski and Witold Pilecki famously risked their lives in separate operations to infiltrate and then escape from Nazi death camps and ghettos in occupied Poland, including Auschwitz.

Despite "strong demands" by the Polish and Jewish resistance for the Allies to bomb the railways leading to Auschwitz and other death camps, "the military's attitude was 'we've got to concentrate on military targets, not on civilian things'", said Prof Davies, an authority on Polish history.

"One of the targets that the (British) military did bomb was a synthetic fuel factory near Auschwitz" in 1943-44, he added.

Although Allied warplanes flew over the death camp itself, no orders were given to bomb it.

"It was one of the biggest crimes committed by those that were indifferent, because they (the Allies) knew what was happening here, they could have done something about it and they deliberately didn't," Auschwitz survivor David Lenga, 93, said.

Auschwitz-Birkenau was the largest of all Nazi Germany's death and concentration camps and the one where most people were killed, primarily European Jews, but also Roma, Soviet prisoners of war and Poles.

Operated by the Nazis from 1940 until 1945, Auschwitz was part of a vast and brutal network of camps across Europe set up for Hitler's "Final Solution" of genocide against the estimated 10 million Jews in Europe at the time.