Britain's Duke and Duchess of Sussex have walked away from the monarchy after they had to choose between personal freedom and royal duty.

Harry and Meghan had wanted to remain as working royals, although not prominent members, and become financially independent - a dual role many commentators said was fraught with problems.

But in a statement issued after royal family talks concluded, the Sussexes announced they will stop carrying out royal duties from the spring, no longer use the title 'HRH' and will repay the approximately £2.4 million of taxpayers' money spent on Frogmore Cottage.

Harry and Meghan said in their statement, issued on their behalf by Buckingham Palace, that under the agreement they understood they were "required" to step back from royal duties.

Earning money from lucrative contracts and still remaining active members of the monarchy would have been problematic, and has caused issues for royals who have tried to straddle the two positions in the past.

The deal is a hard "Megxit" for the couple - as the issue has been dubbed by the media - and a source told PA news agency "you can't be half in and half out".

The announcement marks the conclusion of talks about their future with senior members of the family and royal aides.

Harry, 35, and his American wife, former actress Meghan Markle, 38, sparked a crisis in the British monarchy this month by announcing they wanted to reduce their royal duties and spend more time in North America, while also becoming financially independent. 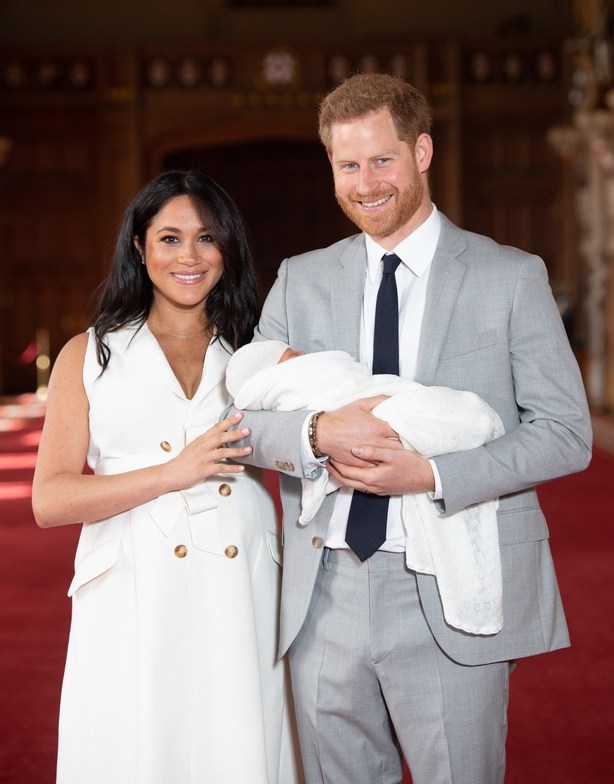 The Queen issued an emotional statement, saying she recognised the "challenges" they had faced over the past year, and added: "I want to thank them for all their dedicated work across this country, the Commonwealth and beyond, and am particularly proud of how Meghan has so quickly become one of the family.

"It is my whole family's hope that today's agreement allows them to start building a happy and peaceful new life."

The couple's spokeswoman issued a statement on their behalf saying: "As agreed in this new arrangement, they understand that they are required to step back from royal duties, including official military appointments.

"They will no longer receive public funds for royal duties.

"With the Queen's blessing, the Sussexes will continue to maintain their private patronages and associations.

"While they can no longer formally represent the Queen, the Sussexes have made clear that everything they do will continue to uphold the values of Her Majesty."

The Queen's statement included a personal tribute to the Sussexes with the monarch unusually using the first names of her grandson and his family in a public message.

She said: "Following many months of conversations and more recent discussions, I am pleased that together we have found a constructive and supportive way forward for my grandson and his family.

"Harry, Meghan and Archie will always be much loved members of my family.

"I recognise the challenges they have experienced as a result of intense scrutiny over the last two years and support their wish for a more independent life.

"I want to thank them for all their dedicated work across this country, the Commonwealth and beyond, and am particularly proud of how Meghan has so quickly become one of the family."

The couple will become known as Harry, Duke of Sussex, and Meghan, Duchess of Sussex, from the spring. Although they will not use their HRH titles, they will still retain them.

Harry, who was born a prince of Wales, remains a prince.

The changes will come into effect in the spring of this year, the palace said.