Alain Robert, the free climber dubbed the "French Spider-Man", has scaled the Tour Total, a 48-storey skyscraper in Paris, to demonstrate support for workers striking against the government's pension reform plans.

Mr Robert, 57, stood with both arms aloft after reaching the top of the 187-metre high tower, which stands in the French capital's business district, La Defense.

He has climbed more than 100 structures, including the Golden Gate Bridge in San Francisco and the world's tallest building, the Burj al Khalifa in Dubai.

This is the ninth time he has climbed the Total tower.

Mr Robert often climbs without permission and has been arrested on numerous occasions.

He climbs without a harness, using only his bare hands, a pair of climbing shoes, and a bag of powdered chalk to wipe off the sweat. 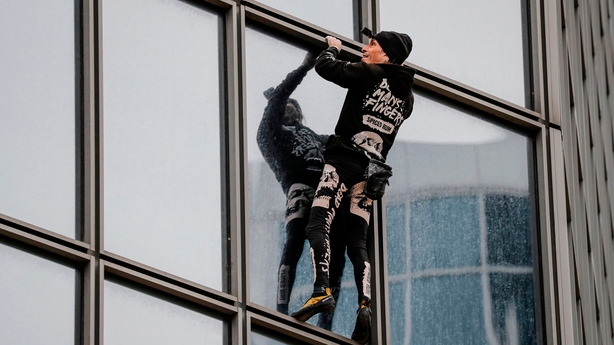 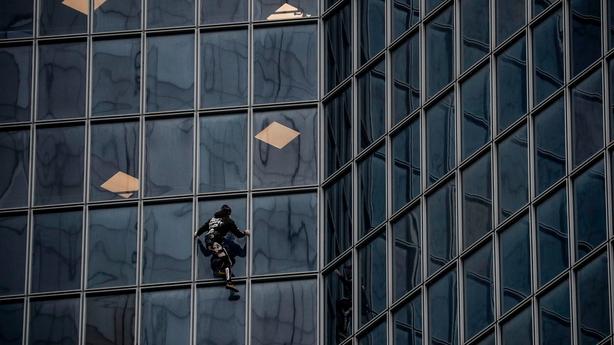 For more than a month, France has been mired in strikes and protests over President Emmanuel Macron's push to streamline the pension system.