Swedish climate activist Greta Thunberg has been named Time Magazine's Person of the Year for 2019.

Greta, who will turn 17 in January and is known for her blunt, straightforward speaking manner, has urged immediate action to address what she describes as the global climate crisis.

She has found herself in the role of spokesperson for a generation haunted by a climate emergency since her solo strike against global warming outside Sweden's parliament last year.

The magazine cover has a picture of her with the subtitle "The Power of Youth". 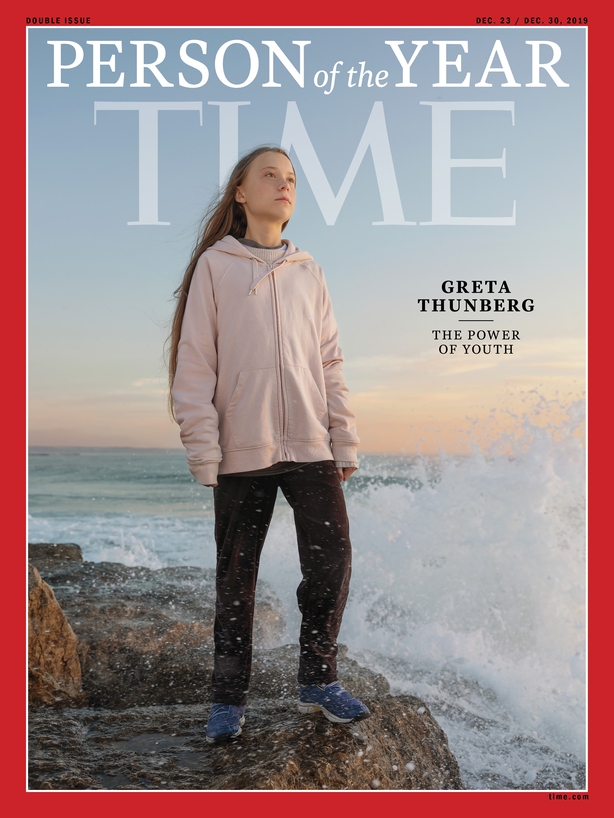 "In the 16 months since, she has addressed heads of state at the UN, met with the Pope, sparred with the President of the United States and inspired four million people to join the global climate strike on September 20, 2019, in what was the largest climate demonstration in human history," the magazine said.

"Margaret Atwood compared her to Joan of Arc. After noticing a hundredfold increase in its usage, lexicographers at CollinsDictionary named Thunberg's pioneering idea, climate strike, the word of the year," Time said.

"We can't just continue living as if there was no tomorrow, because there is a tomorrow. That is all we are saying," Greta told Time.

The magazine interviewed her aboard the sailboat that took her from the United States to Europe after a hectic 11-week North American trip to several US cities and Canada.

Greta has taken her disarmingly straightforward message - "listen to the scientists" - to global decision-makers, accusing them of inaction.

The Swedish activist was in Madrid as the award was announced, at a United Nations climate forum tasked with saving the world from runaway global warming.

"The politics of climate action are as entrenched and complex as the phenomenon itself, and Thunberg has no magic solution," Time wrote in the interview.

"But she has succeeded in creating a global attitudinal shift, transforming millions of vague, middle-of-the-night anxieties into a worldwide movement calling for urgent change.