Out of control bushfires forced residents in eastern Australia to leave their homes, as other parts of the country braced for a heatwave due next week.

Bushfires are common in the country but scientists say this year's season has come earlier and with more intensity due to a prolonged drought and climatic conditions fuelled by global warming.

Temperatures have tipped above 40C close to where a fire was burning on the outskirts of Brisbane in Queensland state, with residents in three suburbs told to "leave immediately".

"Conditions are now very dangerous and firefighters may soon be unable to prevent the fire advancing," the Queensland Fire Authorities warned.

"The fire may pose a threat to all lives directly in its path."

A shipping container full of fireworks exploded as the fire burned, authorities said. There were no immediate reports of injuries from the explosion.

More than 100 fires were burning across Australia's east, including a "mega fire" burning north of Sydney. 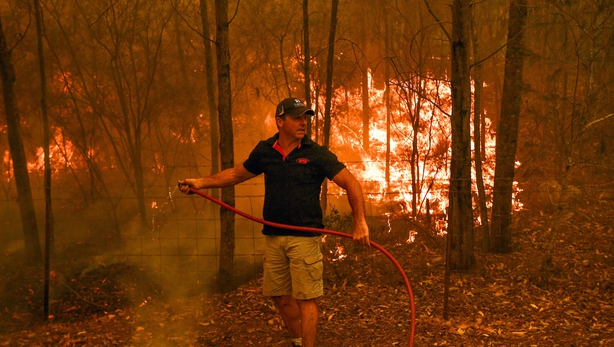 After combining with other bushfires yesterday huge blaze is now under control but continued to burn across 250,000 hectares within an hour's drive of Australia's largest city.

Sydney has been engulfed in toxic smoke for weeks and occasionally sprinkled with snow-like embers.

The pilot of a helicopter supporting the fire efforts was lucky to escape with just minor injuries after crashing about 200km north of the city today.

Authorities are bracing for more dire conditions next week when temperatures in parts of the state are expected to tip over 40C.

"So a lot of work ahead over the coming days, particularly in anticipation of what is expected to be another heatwave coming into Tuesday," state fire service commissioner Shane Fitzsimmons told national broadcaster ABC.

A drought has left much of eastern Australia tinder-dry and spot fires have raged every day for the past three months. 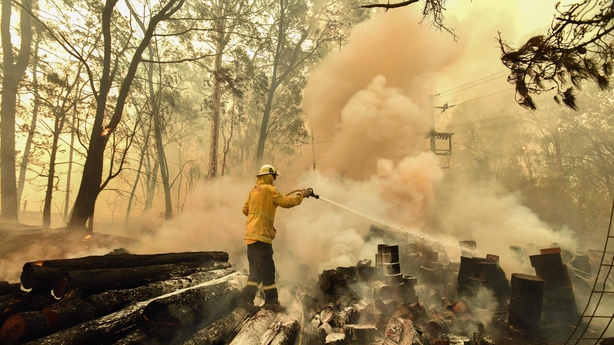 More than 600 homes have been destroyed and six people have died since the crisis began in September.

That is many fewer than Australia's deadliest recent fire season in 2009 when almost 200 people died, but 2019's toll so far belies the scale of devastation.

An estimated two million hectares have burned - the size of some small countries - across a region spanning hundreds of kilometres.