Malta's Prime Minister Joseph Muscat, under fire over his handling of investigation into the murder of journalist Daphne Caruana Galizia, has said he would step down after his replacement is chosen in January.

Mr Muscat declined to make a link with Ms Caruana Galizia's murder in 2017, saying in a televised address that he was resigning "as this is what needs to be done".

The announcement came after two weeks of mounting pressure and popular protests calling for the Prime Minister to quit for his handling of the probe into her car bomb killing.

Mr Muscat said he would resign after his successor is chosen by 12 January.

Earlier, Mr Muscat won his party's backing to stay on in his post.

He got the unanimous backing of Labour MPs at an emergency meeting, called a day after tycoon Yorgen Fenech was charged with complicity in the murder. A court has also frozen Mr Fenech's assets. 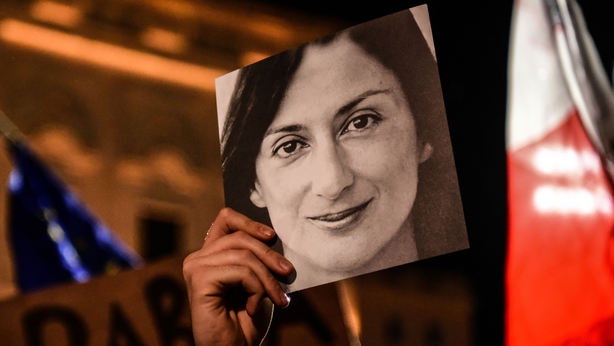 The government had earlier turned down Mr Fenech's request for immunity from prosecution in return for revealing information about the murder plot and about alleged corruption involving Mr Muscat’s former chief of staff Keith Schembri and former Tourism Minister Konrad Mizzi, among others, court filings showed.

Mr Schembri and Mr Mizzi resigned on Tuesday and Mr Schembri was interrogated for two days by police before being released without charge.

Influential opinion-makers in Malta have turned against Mr Muscat for sticking by Mr Schembri, an old friend since school, and including Mr Schembri in security briefings on the murder investigation even after Mr Fenech was identified both as a suspect in the murder and an associate of Mr Schembri.

She also reported how another company, called 17 Black, was meant to be a vehicle to deposit funds into those companies.

Following her murder, an investigation by Reuters and Times of Malta showed Mr Fenech as having been the owner of 17 Black.

Mr Mizzi has denied any business ties to Mr Fenech or knowledge of 17 Black or any criminal activity.

Speaking yesterday for the first time since his arrest, he denied being the author of a typewritten letter that Mr Fenech told police he secretly received after his arrest.

Mr Fenech said the letter told him to pin the blame for the murder on another government minister.

"I immediately denied that the letter came from me when the police were interrogating me and I stand by that completely," Mr Schembri told the Times of Malta.