Chilean President Sebastian Pinera has said that police may have broken protocols in responding to a month of protests, and prosecutors will investigate whether they violated human rights.

His comments came after Amnesty International released a report denouncing a "deliberate policy" of wounding protesters during the unrest that broke out last month and has so far resulted in 22 deaths.

"If those protocols were not met, and I think it is possible that in some cases they were not met, that will be investigated by the prosecutor's office and will be sanctioned by the courts of justice," Mr Pinera said in a meeting with foreign media.

Chileans have been protesting social and economic inequality, and against an entrenched political elite, among other issues.

The National Institute of Human Rights has reported about 2,000 injuries, while health organisations claim that more than 280 people have suffered eye damage from shotgun pellets.

The prosecutor's office reported that from 31 October, around 1,089 criminal investigations have been opened into allegations of police violence, 24 for alleged instances of torture and nine for cases of alleged sexual abuse or rape. 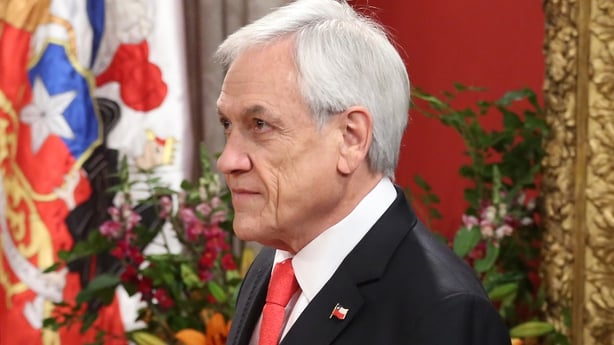 President Pinera has previously condemned what he said were abuses committed by police, and promised "there will be no impunity" for both protesters and security forces.

Chile's police had on Tuesday announced they would suspend the use of birdshot against protesters, following an outcry over the more than 200 demonstrators who have suffered eye injuries.

"The intention of the Chilean security forces is clear: to injure demonstrators in order to discourage protest, even to the extent of using torture and sexual violence against protesters," Amnesty's Americas director Erika Guevara-Rosas said in a statement.

The report also found 23 instances of human rights violations, which it said were "not isolated or sporadic incidents but reveal a consistent pattern of violations throughout the country, indicating the modus operandi of the security forces."

The Chilean government "categorically rejects" the Amnesty report, Chile's human rights under-secretary Lorena Recabarren said in a press conference, while the Chilean police said that it had no "intention to harm" protesters.

Demonstrations continued in the capital Santiago yesterday as well as in the port city of Valparaiso and in Concepcion, southern Chile's largest city.