A 15-year-old girl has been killed and several people are believed missing after a suspension bridge over a river in southwest France collapsed.

The incident caused a car, a truck and possibly a third vehicle to plunge into the water, local authorities said.

The bridge links the towns of Mirepoix-sur-Tarn and Bessieres, 30km north of the city of Toulouse. 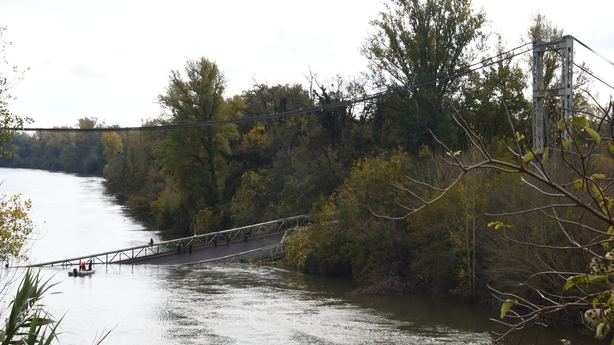 Television images showed a car bonnet sticking out of the fast-flowing waters of the Tarn river and emergency service helicopters circling overhead.

The girl's body was pulled from the water, Toulouse prosecutor Dominique Alzeari said at the scene. Her mother was rescued by onlookers.

More than 60 rescue workers, including divers, and 40 police were taking part in the search for survivors. 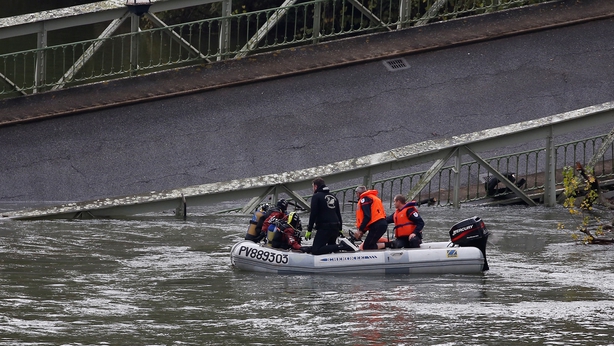 Among those feared missing was the truck driver and the driver of a potential third vehicle, he said, adding that witnesses had reported seeing a van on the bridge.

The mayor of Mirepoix-sur-Tarn Eric Oget described it as a "very important crossing point" for people going to work in Toulouse on the other side of the river.

Many pedestrians, including schoolgoers, also used the bridge, he said, describing the accident as a "real trauma".

The Haute-Garonne department council said the bridge had undergone a "thorough" inspection in 2017, which had shown "no structural problem".

Mirepoix-sur-Tarn mayor Eric Oget described it as a "very important crossing point" for people going to work in the regional capital Toulouse on the other side of the river.

Many pedestrians used the bridge, he said, describing the collapse as a "real trauma" for the local population.

Mr Oget said articulated lorries were not allowed onto the bridge but that some had nonetheless been seen crossing over in the past.

He said he had no information on whether the fallen truck exceeded the allowed weight.

The issue of bridge safety was thrust into the spotlight in Europe after the collapse of a motorway bridge in the Italian city of Genoa in August 2018, in which 43 people died.

An audit of France's bridges commissioned by the Senate in the wake of the Genoa disaster called for major investments to avoid a similar tragedy in France.

"Unfortunately what happened illustrates what we said in the report, which is that the state of our bridges poses a real danger," senator Herve Maure, who oversaw the audit, said.

"If a bridge which is not listed as dangerous collapses, what is the situation of those bridges which were clearly identified as dangerous in the report?" he added.