Australian firefighters warned they were in "uncharted territory" as they struggled to contain more than a dozen out-of-control bushfires across the east of the country.

Around 100 blazes pockmarked the New South Wales and Queensland countryside. Around 17 of them remain dangerous and uncontained.

"We are in uncharted territory."

Bushfires are common in Australia and firefighters had already been tackling sporadic blazes for months in the lead up to the southern hemisphere summer.

But this is a dramatic start to what scientists predict will be a tough fire season ahead, with climate change and unfavourable weather cycles helping created a tinderbox of strong winds, low humidity and high temperatures.

So far there have been no reports of fatalities, although there were reports of buildings set alight and people trapped in their homes.

The fact the blazes were spread along a roughly 1,000km stretch of the seaboard left emergency services struggling to cope, even with the help of around 70 aircraft. 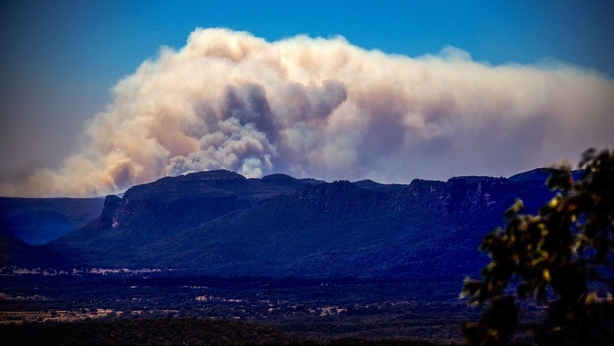 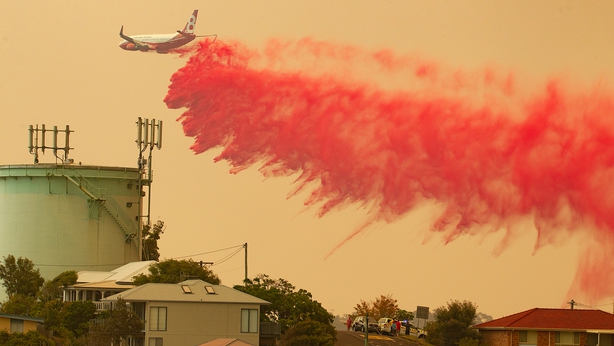 "Today has been a difficult and dangerous day. Unfortunately, many people have called for help but due to the size and speed of the fires we couldn't get to everyone, even by road or helicopter," New South Wales firefighters said.

Authorities in the state said fires had breached containment lines and forced the closure of the Pacific Highway linking Sydney and Brisbane in two places, although one area has since reopened.

On Queensland's Sunshine Coast, police ordered the total evacuation of Tewantin, a suburb of 4,565 people, before scaling back the order.

In some areas, residents were stuck and told to simply "seek shelter as it is too late to leave".

Local radio stopped normal programming and provided instructions about how to try to survive fires if trapped at home or in a vehicle.

'We are in uncharted territory': Australia battles major bushfires pic.twitter.com/QTCXMqkmcS

Across the central coast, residents took to social media to post photos and videos of smoke-laden tangerine skies and flames engulfing storeys-tall eucalypts within sight of their homes.

Authorities said some of the fires were creating their own weather conditions - pyrocumulus clouds that enveloped entire towns.

Meanwhile, high winds flung embers and burnt debris far ahead of the fires' front lines, depositing the dangerous detritus on the balconies and front yards of unsuspecting residents.

Firefighters moved from spot to spot trying to put out small fires caused by the falling debris. 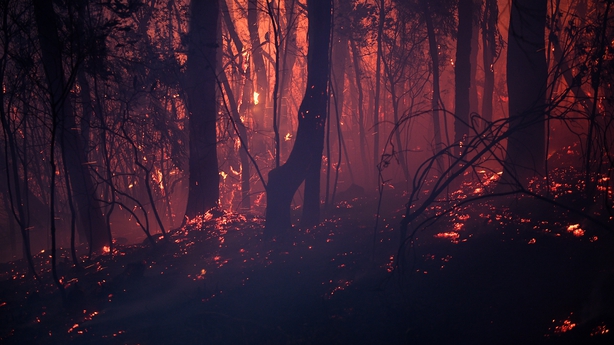 Strong winds and high temperatures are expected to ease into weekend offering the chance of some respite.

However, a prolonged drought and low humidity levels will continue to make circumstances combustible.

"It's a very dynamic, volatile and dangerous set of circumstances," said Mr Fitzsimmons.

Earlier this month, some of the same fires cloaked Sydney in hazardous smoke for days, giving the city a higher concentration of particles per million than cities like Bangkok, Jakarta or Hong Kong.

Swathes of Australia have gone months without adequate rainfall, forcing farmers to truck in water at exorbitant cost, sell off livestock or leave their land to lay fallow.

On Wednesday, Australia's government announced a package of low-cost loans worth around one billion Australian dollars (€633m), designed to help drought-stricken farmers struggling with the latest "big dry".