Burning tyres and chanting "Iran out, Kerbala remains free," the crowd assembled in front of the consulate late last night.

"We came here today to revolt and hold a protest in front of the Iranian consulate. We came to pull down the Iranian flag and lift the Iraqi flag instead," said one protester in Kerbala who refused to be identified. 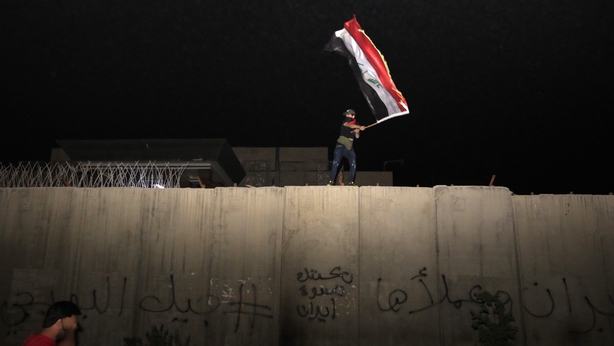 The IHCHR said the crowd tried to break into the consulate. Security sources said they tried to set fire to it. 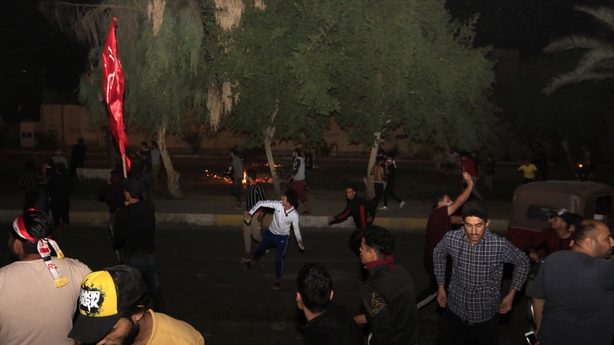 It was the first time live ammunition was fired at demonstrators in Baghdad since the resumption of protests last month, with security forces previously relying on tear gas instead.

The protests have broken nearly two years of relative stability in Iraq since they started on 1 October in Baghdad and spread to the impoverished southern Shi'ite heartland. More than 250 people have been killed.

Despite the country's oil wealth, many people live in poverty with limited access to clean water, electricity, healthcare or education.

"The youth have lived through economic hardships, explosions, oppression. We want to root out this political elite completely. We want to get rid of this gang, then maybe we can rest," said a protester who did not wish to be identified. He had camped overnight in Baghdad's Tahrir Square.

Prime Minister Adel Abdul Mahdi appealed to protesters on Sunday night to suspend their movement which he said had achieved its goals and was hurting the economy.

The premier has said he is willing to resign if politicians agree on a replacement and promised a number of reforms, but protesters say that is not enough and that the entire political class needs to go.

Operations at Iraq's main Gulf port of Umm Qasr, which receives the bulk of the country's grain, vegetable oil and sugar imports, have been at a complete standstill since Wednesday.

The anger over economic hardship and corruption is aimed at the sectarian power-sharing system of governance introduced in Iraq after 2003 and the political elites benefiting from it.

The political class is seen by many as subservient to one or other of Baghdad's main allies, the United States and Iran, who use Iraq as a proxy in a struggle for regional influence.

"The Iranians and the parties affiliated with Iran harm us. We will never let any Iranian stay in Kerbala. We will not let any lackeys stay in Kerbala," the Kerbala protester said. "No Iranian will remain in Kerbala or across Iraq."