A collection of 25 supercars seized from Equatorial Guinea's vice-president as part of a Swiss money-laundering probe fetched nearly €25 million at an auction this afternoon.

A 2014 white Lamborghini Veneno Roadster sold for more than €8m including commission, about 50% more than its pre-sale estimate, in heavy three-way bidding.

"The top lot of the collection and rarest of all, one of only nine built and introduced for the 50th anniversary of Lamborghini," said James Knight, group chairman of Bonhams Motoring Department, as he opened bidding.

The buyer was anonymous, but the saleroom burst into applause as the hammer came down at the event in a 12th-century abbey in the grounds of Bonmont golf and country club in the village of Cheserex, 30 km from Geneva.

Geneva prosecutors said in February that they had closed an inquiry into Teodoro Nguema Obiang for money laundering and misappropriation of public assets with an arrangement to sell the cars to fund social programmes in the west African state. 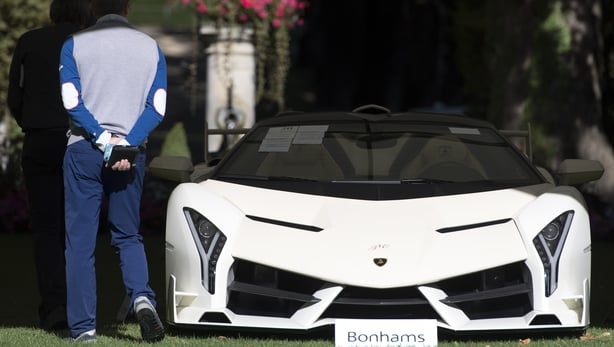 Known as Teodorin, he is the son of President Teodoro Obiang Nguema Mbasogo, who has ruled Equatorial Guinea for 40 years.

Rights groups label his administration as one the world's most corrupt.

"Proceeds are for charity," he said.

A Swiss bidder told Reuters that an agent for a collector in Dubai, United Arab Emirates, had bought several supercars.

A grey armoured 1998 Rolls Royce Silver Spur in need of repair - and described by Mr Knight as "perfect for someone who doesn't have any friends or has enemies" - went for €85,000.

A 1956 Aston Martin Lagonda, owned by the late Claude Nobs, founder of the Montreux Jazz Festival, was among 50 other cars that found new owners.

Vice president with responsibility for defence and security, Teodorin Obiang has a reputation for a playboy lifestyle.

In October 2017, a Paris court handed him a three-year suspended jail term after convicting him of siphoning off public money to buy assets in France.

He was accused of spending more than 1,000 times his official annual salary on a six-storey mansion in a posh part of the French capital, a fleet of fast cars and artworks, among other assets. 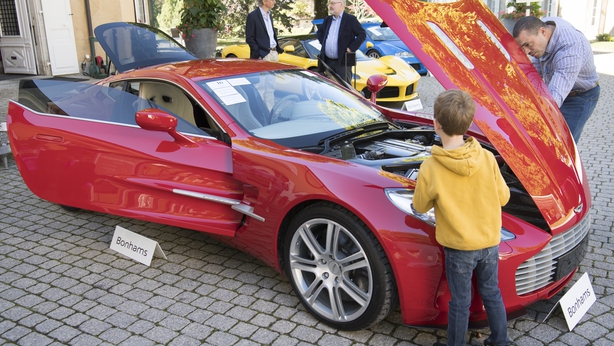 He was also given a suspended fine of €30m.

In September, Brazilian media said that more than €15m in cash and luxury watches were seized by Brazilian police and customs officers from luggage of a delegation accompanying Mr Obiang on a private visit.

Brazilian daily O Estado de Sao Paulo quoted a diplomatic source from Equatorial Guinea as saying the money was to pay for medical treatment Mr Obiang was to undergo in Sao Paulo.

The watches were for the "personal use" of the president's son and were engraved with his initials, the report said.

Mr Obiang is reputedly on a fast track to succeed his father. 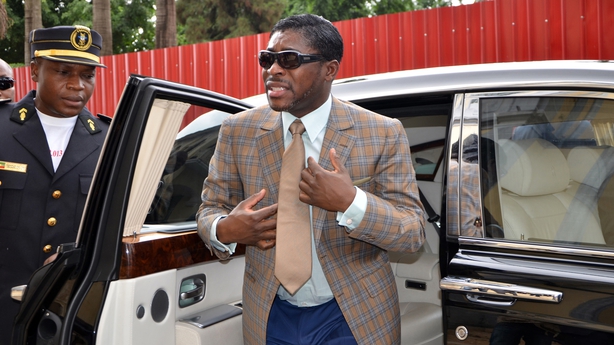 Last October, he was promoted from colonel directly to division general, without passing through the normal intermediary rank of brigade general.

The following month, he presided over a cabinet meeting for the first time.

The tiny West African nation is one of the continent's top petroleum producers and has a population of just 1.2 million.

The country is regularly cited by NGOs as one of the most corrupt in the world.