The UK's Attorney General has said parliament is "as dead as dead can be" and a general election must take place.

Geoffrey Cox told MPs that they have "no moral right" to sit on the green benches of the House of Commons, accusing the opposition of being "too cowardly" to vote no confidence in the government and go to the people.

His claims emerged during a stormy urgent question about his legal opinion of the advice given to Queen Elizabeth to prorogue parliament.

The House of Commons resumed today after the Supreme Court ruled the decision by Prime Minister Boris Johnson to temporarily suspend parliament for five weeks was unlawful.

He also committed to consider whether the public interest might require a "greater disclosure" of advice given to the government on the prorogation.

As the session went on, Mr Cox became more forthright in his demand for an election.

He told the Commons: "This parliament has declined three times to pass a Withdrawal Act, to which the opposition, in relation to the Withdrawal Act, have absolutely no objection.

"Then we now have a wide number of this house setting its face against leaving at all, and when this government draws the only logical inference from that position, which is we must leave therefore without any deal at all, it still sets its face, denying the electorate a chance of having its say in how this matter should be resolved.

"This parliament is a dead parliament, it should no longer sit. It has no moral right to sit on these green benches.

"This parliament should have the courage to face the electorate, but it won't, because so many of them are really all about preventing us leaving the European Union - but the time is coming, the time is coming, Mr Speaker, when even these turkeys won't be able to prevent Christmas."

Former cabinet minister Amber Rudd urged Mr Cox to find a Brexit compromise and to "cease this language of pitting Parliament against the people".

She said: "I must raise my concerns about the Attorney General constantly saying that this parliament is dead.

"The failure is that we have not yet reached a compromise, many of us long to leave the EU as we set out in the referendum but are frustrated by the fact that we have not been able to find a consensus amongst the different factions."

Shadow solicitor general Nick Thomas-Symonds said Mr Cox "hasn't got a shred of credibility left" after labelling the Supreme Court's decision the "most damning judicial indictment of a government in modern times".

The Labour frontbencher said: "This government stands in shame - tendering illegal advice to our monarch and not even able to uphold that most basic, the most important of principles of abiding by the rule of law."

Labour MP Barry Sheerman, in a typically animated manner, declared Mr Cox had shown "no shame at all", adding of Mr Johnson: "This prime minister to talk about morals and morality is a disgrace."

Mr Cox later noted he believes "there is ground for thinking again about our constitutional arrangements" as the UK leaves the EU, adding a "widespread" public consultation would be "essential".

The judgment has dented Mr Johnson's authority, prompting calls for his resignation and casting further doubt on his promise to pull Britain out of the European Union on 31 October, come what may.

The Conservative leader arrived back from New York this morning, heading straight into a political maelstrom triggered by yesterday's damning court ruling that his decision to suspend parliament for five weeks was unlawful.

Mr Johnson waved to the waiting press as he entered Downing Street at about 11.15am.

Last night, Mr Johnson chaired a cabinet meeting by conference call from New York to discuss the outcome of the ruling and how to proceed.

The leader of the House of Commons, Jacob Rees-Mogg, reportedly told colleagues the ruling amounted to a constitutional coup. Others urged restraint in criticism of the court. 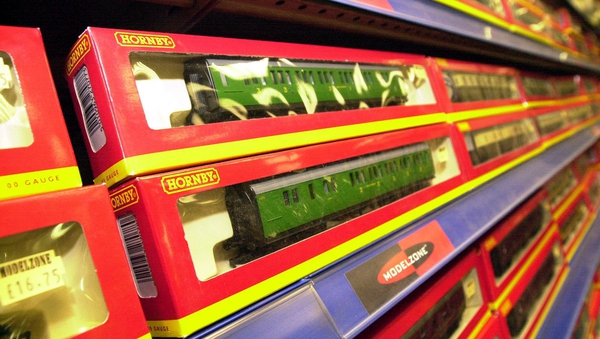