Saudi Arabia has displayed remnants of what it described as Iranian drones and cruise missiles used in an attack on Saudi oil facilities as "undeniable" evidence of Iranian aggression.

Defence Ministry spokesman Colonel Turki al-Malki said a total of 25 drones and missiles were launched at two oil plants in last weekend's strikes, including what he identified as Iranian Delta Wing unmanned aerial vehicles (UAV) and "Ya Ali" cruise missiles.

He said the missiles have been used by Iran's Revolutionary Guards.

"The attack was launched from the north and unquestionably sponsored by Iran," he told a news conference.

"The evidence ...that you have seen in front of you, makes this undeniable." 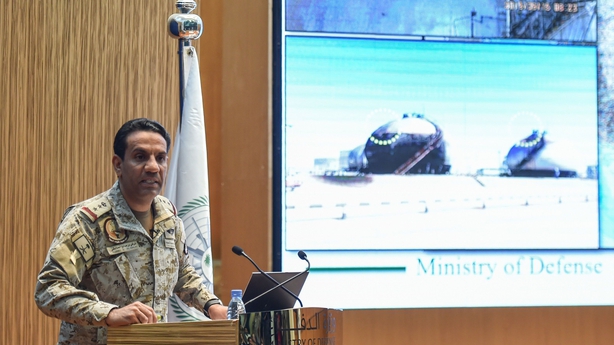 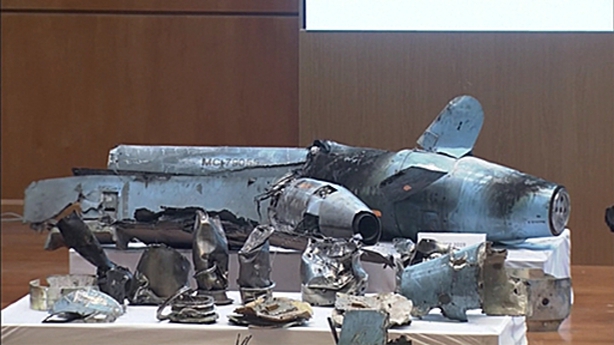 Iran has denied any involvement in the assault that initially halved Saudi Arabia's oil production.

Colonel Malki said both drones and missiles were launched at Abqaiq, home to the world's largest oil processing facility, and that cruise missiles had targeted Khurais.

Yemen's Iran-aligned Houthi movement, which has been battling a Saudi-led military coalition, had claimed responsibility for the strikes.

Colonel Malki, who is also the spokesman for the coalition, reiterated that the attack could not have come from Yemen, saying the Houthi movement was "covering up" for Iran.

It comes as US President Donald Trump has said he has ordered a major increase in sanctions on Iran.

Mr Trump gave no explanation in a brief Twitter posting announcing the order, but the initiative follows repeated US assertions that Iran was behind Saturday's attack on the kingdom, a close US ally.

"I have just instructed the Secretary of the Treasury to substantially increase sanctions on the country of Iran!," he wrote.

Iranian Foreign Minister Javad Zarif said the new US sanctions showed that the US was "deliberately targeting" Iran civilians.

"We don't want conflict in the region ... Who started the conflict?" he added, blaming Washington and its Gulf allies for the war in Yemen.

Proof of Iranian responsibility could pressure Riyadh and Washington into a response, though both nations were stressing the need for caution.

Mr Trump has said he does not want war and is coordinating with Gulf and European states.

Saudi Arabia's Crown Prince Mohammed bin Salman said the hit was a "real test of the global will" to confront subversion of the international order.

His envoy to London, Prince Khalid bin Bander, told BBC the attack was "almost certainly" Iranian-backed, however: "We're trying not to react too quickly because the last thing we need is more conflict in the region."

US Secretary of State Mike Pompeo is to meet Prince Mohammed in Jeddah to discuss the crisis before heading to the United Arab Emirates.

UN officials monitoring sanctions on Iran and Yemen were also heading to Saudi Arabia to investigate.

France, which is trying to salvage an international nuclear deal with Iran that Washington quit last year, said it wanted to establish the facts before reacting.

A US official told Reuters the strikes originated in southwestern Iran. Three officials said they involved cruise missiles and drones.

The officials did not provide evidence or explain what US intelligence they were using for evaluating the attack, which cut 5% of global production.

Saudi Arabia said yesterday the 5.7 million barrels per day of output lost would be fully restored by the end of the month.

Oil prices fell after the Saudi reassurances, having surged more than 20% at one point on Monday - the biggest intra-day jump since the 1990-91 Gulf War.

Saudi Arabia's finance minister told Reuters the attack had no impact on revenues and Aramco was continuing to supply markets without interruption.

US efforts to bring about a UN Security Council response look unlikely to succeed as Russia and China have veto powers and are expected to shield Iran.