About 2,500 people are unaccounted for in the Bahamas following Hurricane Dorian, the archipelago's National Emergency Management Agency (NEMA) has said.

NEMA spokesman Carl Smith told reporters that some of the missing people may eventually be located.

"At this point, there are approximately 2,500 individuals registered on the Bahamian government register (of missing people)," Mr Smith said.

"This list has not yet been checked against government records of who is staying in shelters or who have been evacuated," he said.

"Some individuals who have been evacuated from Abaco and Grand Bahama have not yet registered with social services," Mr Smith said.

"As we are able to cross-reference our data sets, we will be able to inform family members and reunite survivors with loved ones."

Of these, thousands have been evacuated and about 860 are in emergency shelters in the capital city of Nassau.

At least 50 people died in the hurricane, which slammed into the northern Bahamas as a Category 5 storm, and officials have said they expect the number to rise significantly.

"We're not going to speculate on what the final numbers will be," Mr Smith said. "We understand that people are concerned and so are we."

The NEMA spokesman said more than 5,500 people have been evacuated so far from the northern Bahamas islands of Grand Bahama and Abaco, which were devastated by the storm.

He said that over the past day or so there had been a "significant reduction", however, in the numbers of people seeking to leave.

"Everybody left and they shouldn't have left. Unfortunately, because we need many hands here to work," said Rhonda Hull, a lawyer, standing near the water's edge and its shredded palm trees. "But people will come back."

Mr Smith said that permission was being given to resume commercial flights to Abaco on a "limited basis," but priority would be given to relief and evacuation flights. 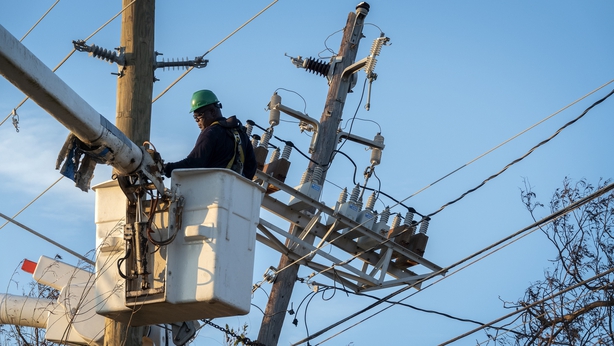 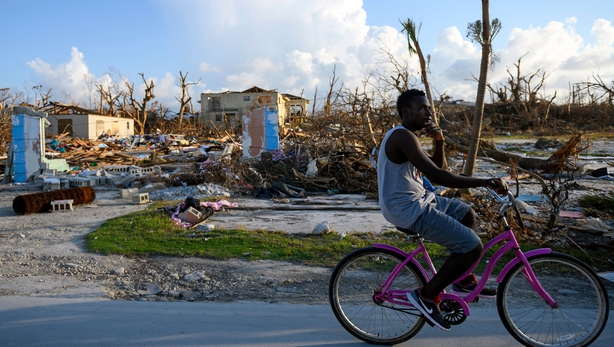 "Marsh Harbour power station was completely destroyed," he said of the largest town on the island of more than 15,000 people.

An official with Bahamas Power and Light Ltd said electricity to the south of Abaco could be restored in about three weeks, but it may be a few months before the rest of the island gets power.

Dorian likely caused between $3.5 and $6.5bn in insured damages in the Caribbean, most notably in the Bahamas, California-based risk modelling and analytics firm RMS said on Monday.