Iran has said it is now capable of raising uranium enrichment past the 20% level, and has launched advanced centrifuge machines in further breaches of commitments to limit its nuclear activity under the nuclear 2015 deal.

"We have started lifting limitations on our Research and Development imposed by the deal ... It will include development of more rapid and advanced centrifuges," Iranian nuclear agency spokesman Behrouz Kamalvandi told a televised news conference.

The 2015 pact curbed Iran's disputed nuclear programme in exchange for relief from sanctions, but has unravelled since the United States pulled out of it last year and acted to strangle Iran's oil trade to push it into wider security concessions.

Since May, Iran has begun to exceed limits on its nuclear capacity set by the pact in retaliation for US pressure on Iran to negotiate restrictions on its ballistic missile programme and support for proxy forces around the Middle East.

Iran says its measures are reversible if European signatories to the accord manage to restore its access to foreign trade promised under the nuclear deal but blocked by the re-imposition of US sanctions.

The deal capped the level of purity to which Iran can enrich uranium at 3.67% - suitable for civilian power generation and far below the 90% threshold of nuclear weapons grade.

UN nuclear inspectors reported in July that Iran had cranked up enrichment to 4.5% purity. 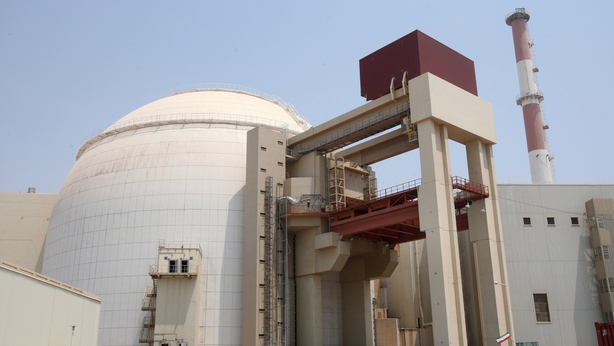 Mr Kamalvandi said Tehran could now exceed the 20% level, a significant leap towards the critical 90%, "but right now there is no need for that".

He added, however: "European parties to the deal should know that there is not much time left, and if there is some action to be taken (to rescue the pact), it should be done quickly."

The deal capped the number of machines that enrich uranium installed in Iran at some 6,000, down from around 19,000 before 2015.

It allowed Iran to refine uranium only with slow, first-generation IR-1 centrifuges and to use small numbers of more advanced centrifuges solely for research, but without stockpiling enriched uranium, for a period of ten years.

But Mr Kamalvandi said Iran had started using an array of more advanced centrifuges as part of its gradual steps to downgrade its nuclear commitments.

"This includes IR-6 machines which have now been fed (uranium) gas. A chain of 20 IR-4 centrifuges has also been started. The IR-6 has also started as a chain of 20 since yesterday," he said.

"We will soon test our IR-8 centrifuge cascade by injecting gas into 3 IR-8 machines."

So far, Iran's breaches of the deal's limits on the pace and purity of enrichment have made little difference to the time it would need to accumulate enough fissile material for a nuclear bomb, if it sought one.

By limiting Iran's enrichment capacity, the deal extended that time to roughly a year from a few months.

But advanced centrifuges can enrich at a much faster pace.

"Machines developed by our own research and development will help accumulate reserves. This was done yesterday and announced to the IAEA today," Mr Kamalvandi said, referring to the UN nuclear watchdog. "Our stockpile is quickly increasing..."

France, Germany and Britain have struggled to save the deal by setting up a barter trade mechanism with Iran but it has yet to get off the ground and Tehran on Wednesday set another 60-day deadline for the Europeans.