More than 100 people are believed to have been killed when the Saudi-led coalition fighting Houthi rebels launched an air strike on a detention centre in Yemen.

"We estimate over 100 people were killed," said Franz Rauchenstein, head of delegation for the International Committee of the Red Cross in Yemen.

Mr Rauchenstein added that teams were working to find survivors under the rubble in the city of Dhamar, but that the chances "are very low". 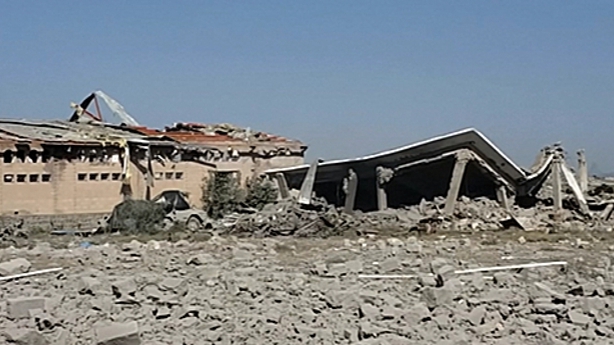 The conflict in Yemen began with the 2014 takeover of the capital, Sanaa, by the Iranian-backed Houthi rebels.

A Saudi-led coalition, allied with the internationally-recognised Yemeni government, has been fighting the Houthis since March 2015.

The war in Yemen has killed more than 10,000 people, including thousands of civilians, with millions at risk of famine and a cholera outbreak.

Earlier, the Saudi-led coalition said it launched air strikes against a Houthi military target south of the capital Sanaa.

The ICRC said it was deeply concerned by accounts that a detention facility had been hit.

"We are taking these reports extremely seriously. I am on my way to Dahmar #Yemen to assess the situation. We have visited detainees in this location before, as we do in other places as part of our work." Franz Rauchenstein, #ICRC head of delegation in Yemen.

It sent medical teams and hundreds of body bags to Dhamar.

The Saudi-led coalition said in a statement carried by the state-run Al-Ekhbariya news channel that it targeted a rebel "military position in Dhamar that stores drones and missiles".

"We took all precautionary measures to protect civilians," it added. 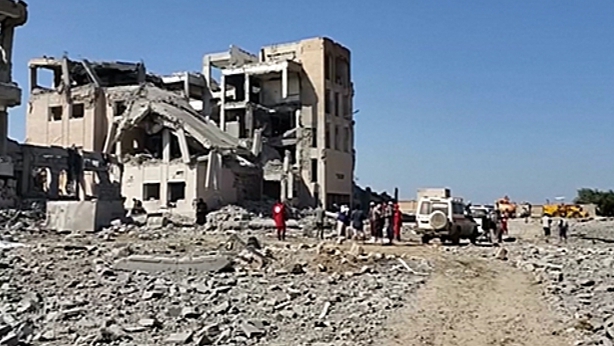 However, the Houthi television channel Al-Masirah said that "dozens were killed and injured" in seven air strikes that hit a building the rebels used as a prison.

Footage obtained by AFP showed heavy damage to the building, and several bodies lying in the rubble, as bulldozers worked to clear away huge piles of debris.