German President Frank-Walter Steinmeier has asked Poland's forgiveness for history's bloodiest conflict during a ceremony in the Polish city of Wielun, where the first World War II bombs fell 80 years ago.

Poland suffered some of the worst horrors of World War II as nearly six million Poles died in the conflict that killed more than 50 million people overall.

That figure includes the six million Jews who died in the Holocaust, half of them Polish.

"It was Germans who committed these crimes against humanity in Poland," Mr Steinmeier added in the presence of his Polish counterpart.

"Anyone calling them things of the past, or claiming that the vile rule of terror of the National Socialists in Europe was a mere footnote of German history, is passing judgement on him or herself."

The line appeared to be a clear reference to the German far-right, whose co-leader Alexander Gauland once called the 12-year Third Reich a "speck of bird poop" on an otherwise glorious German past. 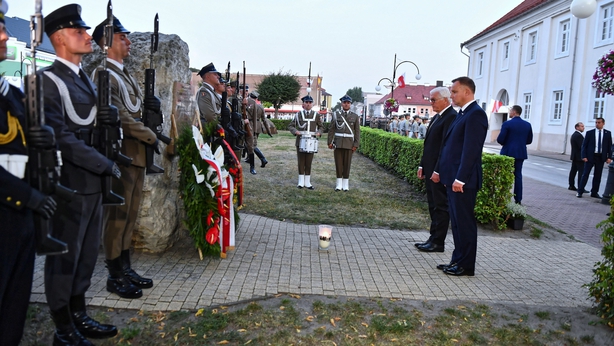 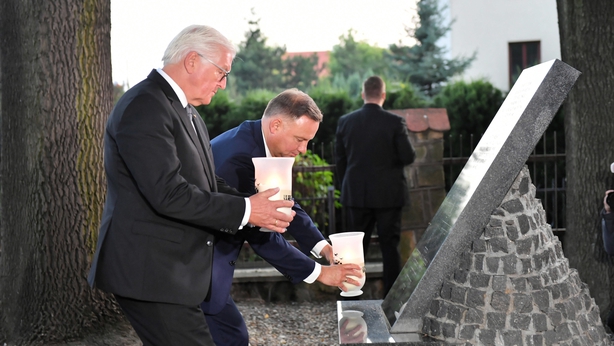 "As Germany's Federal President, let me assure you that we will not forget," Mr Steinmeier said.

"We want to, and we will, remember. And we will bear the responsibility that our history imposes upon us."

Polish President Andrzej Duda for his part denounced Nazi Germany's attack on Poland, calling it "an act of barbarity" and "a war crime".

"I am convinced that this ceremony will go down in the history of Polish-German friendship," he added, thanking Mr Steinmeier for his presence.

The heads of state later toured the Wielun museum and met local survivors of the 1 September 1939 bombing.

The carpet-bombing came one week after Germany and the Soviet Union secretly agreed to carve up Eastern Europe between them by signing the Molotov-Ribbentrop Pact.

Mr Timmermans spoke of how "we Europeans could honour the memory of those who fell for our freedom here".

Hitler's attacks on Poland led Britain and France to declare war on Nazi Germany. On 17 September, the Soviet Union in turn invaded Poland.

After the Nazis tore up the pact with Moscow, two alliances battled it out to the end: the Axis powers led by Germany, Italy and Japan and the victorious Allied forces led by Britain, the Soviet Union and the United States.

Later, US Vice President Mike Pence, Mr Steinmeier and Mr Duda delivered speeches at a ceremony in Warsaw's Pilsudski Square, the site of the Tomb of the Unknown Soldier.

During the five decades of untold suffering & death that followed the outbreak of WWII, the Polish people never lost hope, they never gave in to despair & they never let go of their thousand-year history. Their light shone in the darkness, & the darkness did not overcome it. pic.twitter.com/pvEodIdxSi

Although it has been 80 years since the war started, there are still unresolved matters according to Poland, which says Germany owes it war reparations.

A parliamentary commission is currently working on a new analysis of the extent of Poland's wartime human and material losses.

When it comes to reparations, however, Berlin believes the case is closed.

US President Donald Trump had planned to attend the war commemorations but cancelled at the last minute so that he could monitor Hurricane Dorian.