A wildfire has raged out of control on the Spanish island of Gran Canaria, forcing more evacuations as flames in some parts rose so high even water-dropping planes were unable to operate, authorities said.

The fire, the third in ten days in the mountainous centre of the holiday island, has forced the evacuation of several villages, which according to the census have a combined population of 8,000.

The exact number of evacuees was unclear. No fatalities have been reported.

So fierce is the fire in what is part of a UNESCO biosphere reserve that in some areas, it "is beyond our extinction capacities," said Federico Grillo, head of emergency services in Gran Canaria.

"It's a really bad situation," he said.

On the northwestern flank of the blaze, flames have risen as high as 50 metres, preventing ground crew from getting near or water-dropping aircraft from flying above, the emergency services spokeswoman said.

She added around 100 people had been "confined" to the cultural centre of Artenara, unable to leave this village in the disaster zone as all possible evacuation roads were too dangerous to take.

Altogether, more than 700 firefighters and other ground crew and 14 water-dropping helicopters and planes were working on controlling the blaze, which has destroyed 6,000 hectares, according to emergency services.

With the temperature set to rise, authorities estimate it could take days before the blaze is brought under control.

The fire broke out on Saturday afternoon, days after another wildfire in the same region forced the evacuation of hundreds.

The centre of the island, the second-most populous of the Canary Islands in the Atlantic off the northwestern coast of Africa, is very popular with hikers.

But a large majority of tourists who visit Gran Canaria stay in beach resorts.

In a statement, the government of the Canary Islands said the tourism industry on the island remained unaffected "given that the fire is confined to upland parts," with no resorts impacted and no flight delays.

But the flames have hit or are threatening several protected natural areas. 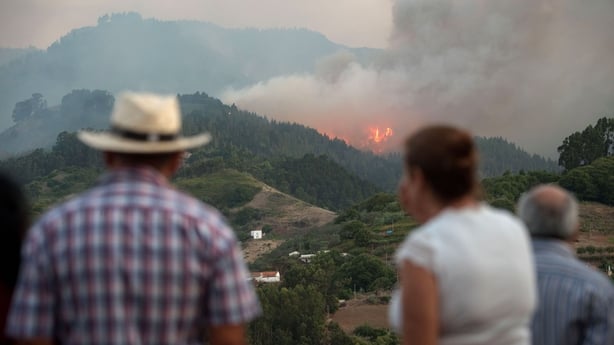 Already, the blaze is devouring part of a UNESCO biosphere reserve and has entered the natural park of Tamadaba, a pine forest that is one of the Canary Islands' most untouched areas.

The fire is also threatening the Inagua reserve, an area of huge biodiversity that is the most protected zone of the island, Mr Grillo said.

Angel Victor Torres, president of the Canary Islands, said yesterday the priority was "to guarantee the safety of people given that the environmental damage has already been caused".

"We want this to end without human casualties."

Two other fires hit the island's centre last week without causing any injuries.

Spain is frequently plagued by huge forest fires because of its arid summer climate. 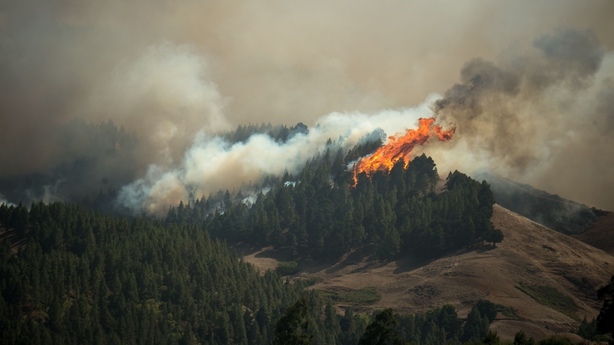