An Israeli flight attendant has died months after contracting measles on a flight from New York to Tel Aviv, Israel's health ministry said.

She died yesterday at a hospital near the coastal city of Tel Aviv, a hospital spokeswoman said.

The health ministry confirmed her death and said her condition had been complicated by encephalitis, inflammation of the brain.

"The immediate cause of death was not defined as measles," it said in a statement. "However, the disability (caused by) the disease was a secondary cause."

The World Health Organization said yesterday that measles cases had nearly tripled globally during the first seven months of the year compared to the same period in 2018.

The global body warned against "misinformation about vaccines".

The so-called anti-vax movement - driven by fraudulent claims linking the MMR vaccine against measles, mumps and rubella to a risk of autism in children - has gained traction. 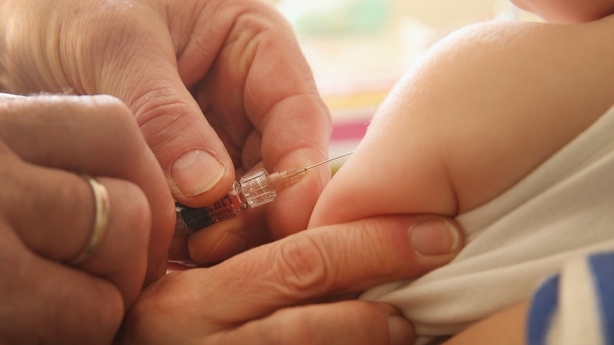 So far this year, 364,808 measles cases have been reported around the world, compared to 129,239 cases during the first seven months a year earlier - the highest registered since 2006.

Ms Amitai's death was the first death related to measles in Israel this year, following two last year, according to the ministry.

The highly contagious disease can be entirely prevented through a two-dose vaccine.

Ms Amitai had only received one dose, Israeli media reported.

The Democratic Republic of Congo, Madagascar and Ukraine registered the highest number of cases, WHO said.

The United States has registered 1,164 cases so far this year, up from 372 for the whole of 2018 and the highest number on record in a quarter-century.

Nearly 90,000 cases have been registered in Europe this year - well above the 84,462 cases registered last year.

The airborne infection, which causes fever, coughing and rashes that can be deadly in rare cases - had been officially eliminated in many countries with advanced healthcare systems.