British police have said that officers were trying to identify a man they believe fell to his death from beneath a Kenya Airways plane about to land at Heathrow Airport.

London's Metropolitan Police said officers were called yesterday after the discovery of the suspected stowaway's body in a residential garden in Clapham in the southwest of the capital.

"Officers are working to establish the identity of a man believed to have fallen from the landing gear compartment of an aeroplane," the force said in a statement.

"The death is not being treated as suspicious. Enquiries are underway to establish the full circumstances," it added, noting a post-mortem exam would be carried out "in due course". 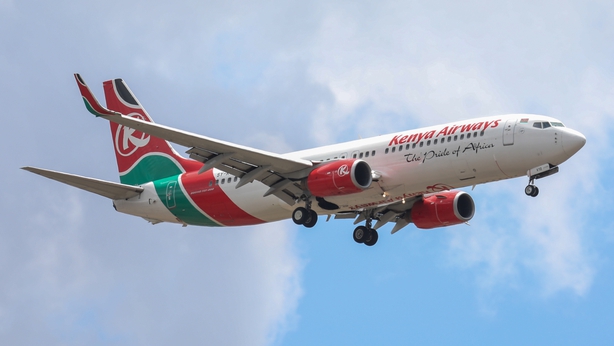 A bag, water and some food were found in the landing gear compartment once it had landed at Heathrow, according to police.

"Officers will be liaising with the airline and international authorities," they said.

We're working to establish the ID of a man believed to have fallen from the landing gear compartment of an aeroplane. We were called on Sunday afternoon to an address in #Clapham after the body was discovered in a garden https://t.co/MaXOeHNxka pic.twitter.com/ivO8ScKZJV

Poverty and harsh social conditions in some African countries have led some people in recent years to make the perilous attempt to reach Europe and the US by hiding in planes.

A stowaway's body was discovered in the undercarriage of an Arik Air jet flying from Lagos to New York in 2016, while another body was found on one of its flights from Lagos to Johannesburg in the same year.

A teenager reportedly survived 12 hours hidden in the wheel compartment of a plane between Lagos and London in 2017.