A wayward missile struck Cyprus early today, skimming the densely populated capital Nicosia and crashing on a mountainside in what officials said could have been a spillover of an Israeli strike on Syria and a counter response.

The explosion occurred around 1am local time, 20km northeast of Nicosia, with the impact setting hills ablaze and heard for miles around. There were no casualties.

An Israeli air strike was underway against Syria at the time. Syrian state media said the Syrian air defences had fired in response to the Israeli attack.

"The first assessment is that a Russian-made missile ...which was part of the air defence system that took place last night in the face of an air strike against Syria, completed its range and fell into our country after it missed," Turkish Cypriot Foreign Minister Kudret Ozersay said in a post on Facebook.

He said the explosion was thought to have occurred before impact because there were no craters. 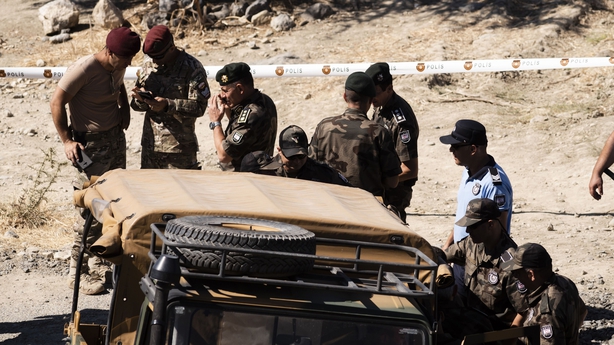 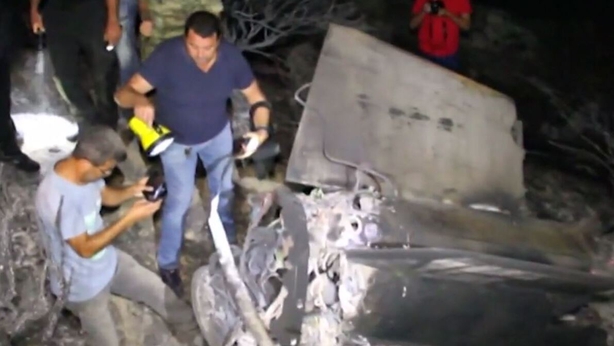 "The pieces that fell to several different points prove that the missile exploded in the air before it crashed," he said.

Cyprus lies west of Syria. Israeli warplanes fired missiles targeting Syrian military positions in Homs - around 310km from Nicosia - and the Damascus outskirts overnight in an attack that killed at least four civilians and wounded another 21.

The freak incident would be the first time that Cyprus has been caught in the crosshairs of military operations in the Middle East despite its proximity to the region.

A Greek Cypriot military analyst, Andreas Pentaras, said the debris suggested it was a Russian-made S-200 missile, which can have a range of up to 400km.

"An assessment from the pictures made public shows the base of its wings. It has Russian writing on it, so it suggests it is Russian made. Syria uses Russian-made missiles, so a not-so-safe assessment would be it was .. an S-200 (missile),"

Jamming technology could have diverted the missile, he said. Another analyst said that, should the missile hypothesis prove to be correct, it could have been faulty.

"Right now we can't be absolute but from the pictures and the inscriptions it appears to be an S-200," analyst Zenonas Tziarras of the Geopolitical Cyprus think-tank told Reuters.

Those missiles were designed to explode in mid-air if they don't hit a target, he said.

Residents told Cypriot media they saw a light in the sky then three loud explosions were heard for miles around.

Authorities evacuated some homes in Tashkentis, a small village in the foothills of a mountain range.