An Australian detective interrupted his own news conference to complete a textbook tackle of a man now charged with public nuisance and stalking offences, prompting widespread praise for his sporting skills.

Detective Senior Sergeant Daren Edwards quickly ended a media briefing outside the Maroochydore Magistrates' Court in the state of Queensland after shouts drew his attention to a 39-year old man racing behind him.

The man was being chased for allegedly making inappropriate comments to a teenage girl, media reported.

Police said he had now been charged.

Sgt Edwards, who media said was a former rugby league player in the coastal residential area of Redcliffe, peeled away from the news conference to bring the man to the ground in what is sometimes described as a "boots and all" tackle. 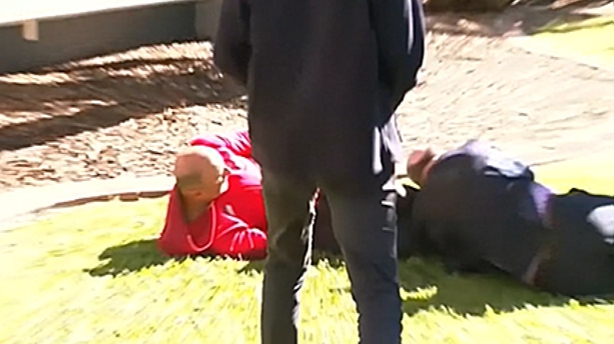 The man was quickly hand-cuffed.

A police press conference was cut short on the Sunshine Coast when a senior detective tackled a man who allegedly made inappropriate comments to a teenage girl and was running away from her angry father @9NewsQueensland @9NewsSunCoast #9News pic.twitter.com/3Wx1vJ7juv

The video, shared widely on social media, triggered an immediate and lively response from followers of rugby league, one of the dominant sports in Queensland.

Queensland is leading New South Wales in its annual three-match rugby league series 1-0 in one of the country's biggest sporting rivalries.

Known as the "Maroons", Queensland has dominated the State of Origin series in recent years, notwithstanding its loss last year. 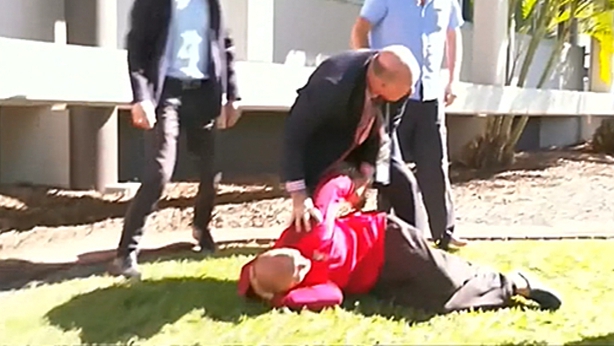 Sgt Edwards suffered grazes to his head, video footage shows, which is not unusual in a sport known for its hard hits.

"You never know what (the job) will bring," he told media. "Suit was ready for a dry-clean anyway."