Hong Kong leader Carrie Lam has apologised for the political unrest that has shaken Hong Kong, but the pro-Beijing chief executive refused to cave in to demands for her resignation.

The semi-autonomous territory has been plunged into its biggest crisis in decades, with millions of people taking to the streets to demand the withdrawal of proposed legislation that would have allowed extraditions to mainland China.

Ms Lam suspended the bill on Saturday after two massive rallies that saw isolated bouts of violence between the police and some protesters.

But that failed to quell public anger, and an even bigger rally on Sunday drew more than two million people, organisers said, which is more than a quarter of the population.

"I personally have to shoulder much of the responsibility. This has led to controversies, disputes and anxieties in society," Ms Lam told a press conference.

"For this I offer my most sincere apology to all people of Hong Kong."

Protesters have demanded that the bill be fully withdrawn, and for Ms Lam to step down and investigate police using tear gas and rubber bullets to disperse protesters last week. 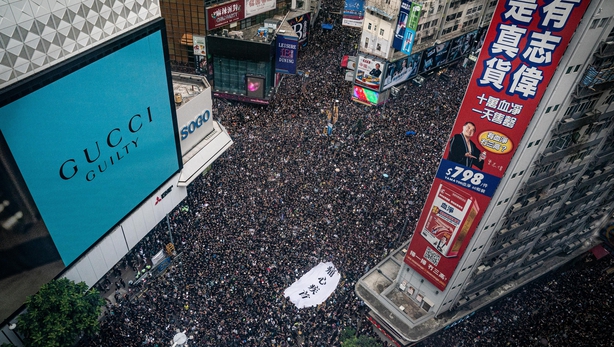 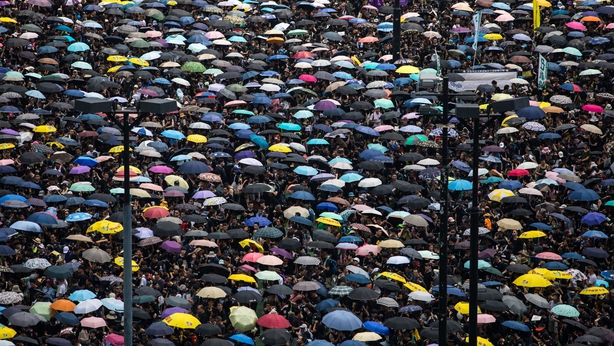 They have also asked for all charges to be dropped against anyone detained during the protests.

But Ms Lam gave no indication she was prepared to step down, saying instead she wanted to "continue to work very hard ... to meet the aspirations of the Hong Kong people".

Ms Lam tacitly suggested, however, that the extradition bill was unlikely to be revived given the public sentiment.

"I will not proceed again with this legislative exercise if these fears and anxieties could not be adequately addressed," she said.

"If the bill ... (does) not make the legislative council by July next year, it will expire ... and the government will accept that reality."

Protest organisers were unmoved by Ms Lam's latest public statement, and slammed her for failing to address their demands.

"Her attitude is arrogant," said Jimmy Sham of the Civil Human Rights Front, an umbrella organisation of various groups participating in the protests.

Accusing Ms Lam of staging a "PR" exercise, Mr Sham said organisers will now convene to decide on their next steps.

Critics of the extradition legislation fear it will entangle the people of Hong Kong in China's notoriously opaque and politicised justice system, and threaten Beijing's critics.

The city's formidable business community was also spooked about the law damaging Hong Kong's reputation as a safe business hub.

While the extradition issue had been the spark for the mass rallies, the protest movement has since morphed into the latest expression of public rage in Hong Kong against both the city's leaders and Beijing.

Hong Kong enjoys freedoms unseen in mainland China under the terms of its 1997 handover from Britain to China.

But many residents fear that they are being slowly eroded by what they feel is Beijing's tightening grip on the semi-autonomous city.

As recent evidence, they offer the failure of the huge pro-democracy "Umbrella Movement" in 2014, the imprisonment of protest leaders and disqualification of popular lawmakers, and the disappearance of booksellers critical of Beijing.

The Chinese government had supported the extradition proposal and accused protest organisers of colluding with Western governments.

It had denounced expressions of support for the Hong Kong protesters as interference in the city - and China's - internal affairs.

But Beijing said after the bill's suspension last week that it respected and understood the Hong Kong government's decision.