One of the leading contenders to replace Theresa May as Britain's next prime minister has admitted to using cocaine two decades ago.

Environment Secretary Michael Gove, who is among the frontrunners to succeed Mrs May after she resigned as Conservative Party leader on Friday, said he regretted it.

"About 20 years ago before I was married, I did take drugs," he told the Daily Mail, adding it happened "on several occasions at social events".

"It was something I deeply regret. Drugs damage lives ... it was a mistake."

The 51-year-old Tory MP said he was "a young journalist" when he decided to take cocaine, and that he had not envisaged going into politics at the time.

"I look back and I think, 'I wish I hadn't done that'. But I don't believe that past mistakes disqualify you," he added.

"Obviously it will be for my colleagues in parliament and members of the Conservatives Party to decide now if I should be leader."

Mrs May stepped down as Conservative leader yesterday and formally triggered the race for a successor -- currently being contested by Mr Gove and ten other MPs -- but will remain prime minister until a new leader is chosen.

The leader of the party, which won the most seats at the last general election in 2017, automatically becomes prime minister.

The battle is expected to conclude by the end of next month, with former foreign secretary Boris Johnson the bookmakers' favourite to emerge victorious. 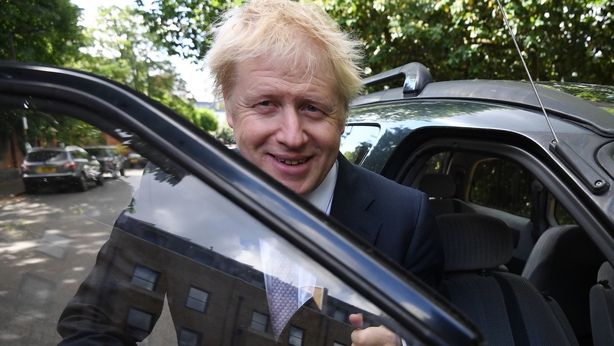 Mr Johnson, an ex-London mayor, has previously suggested he may also have tried to use cocaine, but later denied he had actually taken the drug.

Several other candidates, including current foreign minister Jeremy Hunt and ex-Brexit Secretary Dominic Raab, have owned up to using cannabis in their younger days.

Fellow contender Rory Stewart apologised this week for smoking opium at a wedding in Iran.

International Development Secretary Mr Stewart said: "I think it was a very stupid mistake and I did it 15 years ago, and I actually went on in Iran to see the damage that opium was doing to communities."

He added: "I've seen it as a prisons minister. It was something that was very wrong, I made a stupid mistake.

"I was at a wedding in a large community meeting and somebody passed this pipe around the room and I smoked it - I shouldn't have done, I was wrong."

Following Mr Gove's cocaine admission, Mr Raab said: "I certainly don't see it barring him from this race in any way," adding: "I rather admire his honesty."

They are not the only high-profile politicians to admit using drugs in the past.

In 1992, US presidential hopeful Bill Clinton famously said he tried marijuana while at Oxford University but "didn't inhale".

The remark has been lampooned many times, including by then senator Barack Obama in 2006, who said: "When I was a kid, I inhaled ... that was the point".

Mr Obama also admitted to using "a little blow" (cocaine) in his first book Dreams From My Father.