Climate change activists who glued themselves to the London Stock Exchange and climbed on top of a train have been removed by police.

The Extinction Rebellion (XR) demonstrators glued themselves to entrances to the exchange in the City of London wearing LED signs reading "climate emergency", "tell the truth" and "you can't eat money".

British Transport Police (BTP) officers used ropes, harnesses and ladders to take down the five XR protesters who climbed onto a train at Canary Wharf, including 83-year-old grandfather Phil Kingston.

The force said five people had been arrested on suspicion of obstructing the railway.

In a statement BTP added: "Shortly after 7.15am this morning officers from BTP were called to Canary Wharf station after a number of protesters climbed on top of a Docklands Light Railway (DLR) service.

"Specialist units trained in protester removal were immediately deployed and have now safely removed those obstructing the DLR service." Police have also removed XR protesters who glued themselves across entrances to the London Stock Exchange and transferred them to police vans nearby.

The London Stock Exchange said the markets were all open as normal.

XR said its action in the City of London was likely to last a few hours, on the day the group is due to end blockades at Parliament Square and Marble Arch.

The campaign group is also planning a number of "swarming" protests around the City of London throughout the day.

An XR spokeswoman said the area is being targeted because "the financial industry is responsible for funding climate and ecological destruction and we are calling on them, the companies and the institutions that allow this to happen, to tell the truth".

She added: "And we're asking the Government to take action to address the climate emergency."

The eco-protesters have been urging ministers to declare a climate emergency to avoid what it calls a "sixth mass extinction" of species on Earth.

In a statement announcing the end of its action XR said: "We would like to thank Londoners for opening their hearts and demonstrating their willingness to act on that truth.

"We know we have disrupted your lives. We do not do this lightly. We only do this because this is an emergency." 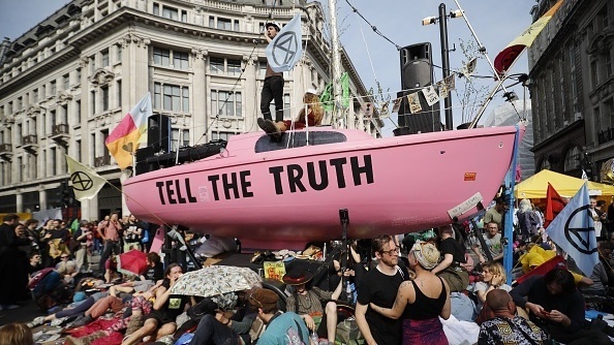 The group also said the public should expect more action "very soon", adding there will be a "closing ceremony" at Speakers' Corner in Hyde Park this evening.

More than 1,000 people have been arrested during the protests which started on April 15, while more than 10,000 police officers have been deployed.

The action has seen Waterloo Bridge and Oxford Circus blocked and a "die-in" at the Natural History Museum. 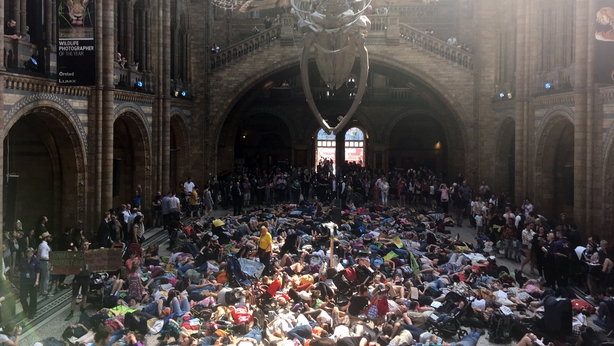 A Transport for London spokesman said: "We are aware that there are demonstrations taking place across London which may cause disruption to travel.

"The safety of our customers and staff is our number one priority and we're working closely with the police to manage the impact on London's transport network."