At least 28 people have died following a tourist bus crash on the Portuguese island of Madeira.

He said most of those on board were German tourists and it is not yet know whether any other nationalities were involved in the accident.

Another 21 people are understood to have been injured. 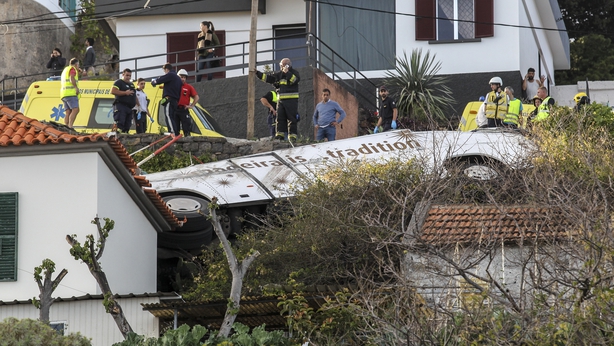 The bus was carrying 55 people when it veered off a road on a bend east of the capital, Funchal, before rolling down a steep hillside, Mr Sousa said.

Authorities said they are investigating the possible cause but local residents said the weather was fine at the time of the accident, which happened while it was still light, at 6.30pm this evening.

"I have no words to describe what happened. I cannot face the suffering of these people," Mr Sousa said.

Regional president Miguel Albuquerque offered his condolences to the families of victims, who, he said, included "many foreigners".

The Department of Foreign Affairs has said it is aware of the incident and stands ready to provide assistance if requested.