Shamima Begum, who was married to a fighter of the so-called Islamic State, has said she is coming to terms with the prospect she may never return to Britain, but insists she was "brainwashed" by extremists. she ran away to join as a schoolgirl.

Speaking for the first time since the death of her third baby in March, the 19-year-old said she "really regretted everything" and wants a second chance.

She told The Times that she had left London for Syria as a 15-year-old "believing everything that I had been told, while knowing little about the truths of my religion".

Ms Begum married Dutch fighter Yago Riedijk and the pair fled the caliphate as its last bastion in Baghuz crumbled earlier this year.

The teenager, who has Bangladeshi heritage, has since been stripped of her British citizenship.

Then in the late stages of pregnancy, Ms Begum appeared to have little remorse when she was found in the al-Hawl refugee camp in February.

Her apparent defiance prompted public anger back in the UK, but some argued that she was a victim of grooming and should be allowed to go back to Britain.

"Since I left Baghuz I really regretted everything I did, and I feel like I want to go back to the UK for a second chance to start my life over again," she said.

The teenager attributed her early display of remorselessness to the threats she faced from extremists in al-Hawl.

"Anything I said against Dawlah (IS), they would immediately attack me, so I was afraid of that," she said.

Ms Begum was speaking to the Times from the al-Hol camp, where she and her baby were moved to out of concern for their safety after she went public.

Her son, Jarrah, died on 8 March aged three weeks and was buried in an unmarked grave on the outskirts of the facility.

It was reported last month that Ms Begum's family had begun legal proceedings to review the UK home secretary's decision to strip her of British citizenship.

Sajid Javid's move was only permissible under international law if it does not leave her stateless. 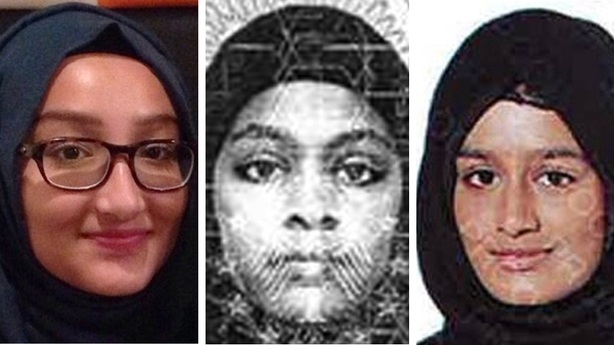 Ms Begum was one of three schoolgirls to leave Bethnal Green, an area in the East End of London, to join IS in 2015.

It was reported yesterday that an IS fighter being held in Syria had claimed to be one of at least seven students and ex-students from the University of Westminster to join the caliphate.

Zakariyya Elogbani, who grew up in east London, told the BBC he abandoned a degree in business management in 2014 before joining the extremists.

Mohammed Emwazi, the IS executioner known as Jihadi John, also studied at the university until 2009.