A Maori lament echoed across Christchurch as a survivor of the New Zealand mosque attacks told a national remembrance service he had forgiven the gunman responsible for the attack that took his wife, Husna.

"I am choosing peace and I have forgiven," wheelchair-bound Farid Ahmed told tens of thousands gathered in the grieving city, drawing sustained applause as he implored New Zealanders of all faiths to also reject hate.

Wearing a traditional Maori cloak, Prime Minister Jacinda Ardern was among those who stood silently with heads bowed while the names of 50 people killed by a self-avowed white supremacist were read out.

Speakers honoured the dead and those who survived the 15 March attacks, including 22 people who remain in hospital, among them a critically injured four-year-old girl.

Ms Ardern, who was joined by representatives from nearly 60 nations, including her Australian counterpart Scott Morrison, received a prolonged standing ovation when she took the stage. 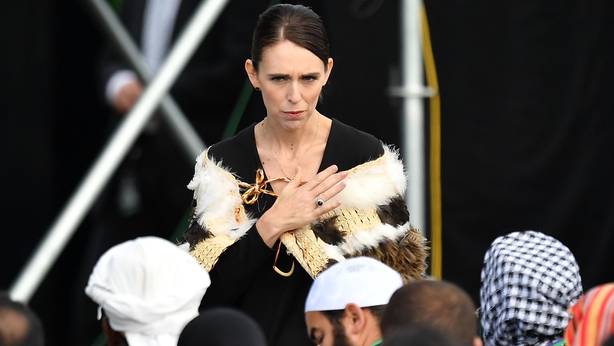 Ms Ardern, widely hailed for her response to the tragedy, praised the way New Zealanders had embraced their devastated Muslim community since the attacks.

"Racism exists, but it is not welcome here," she said, adding that she hoped New Zealand would set an example to stop the cycle of extremism breeding extremism.

"We are not immune to the viruses of hate, of fear, of other -- we never have been," she said.

"But we can be the nation that discovers the cure." 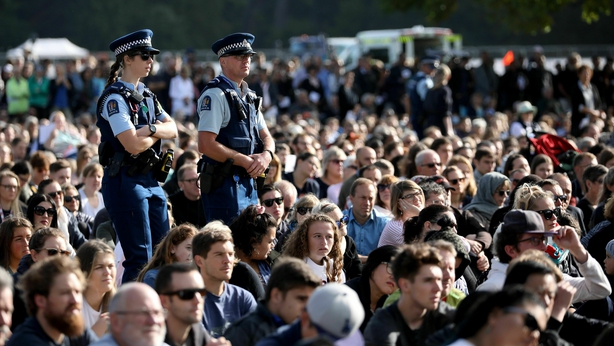 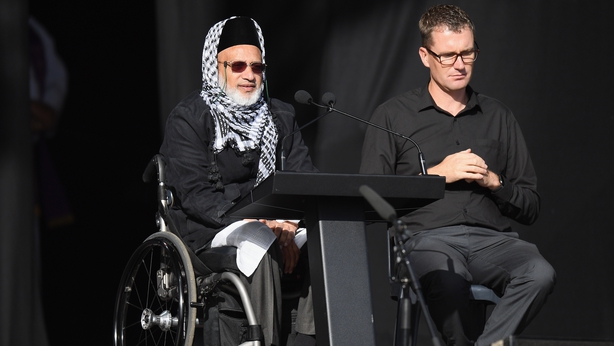 The hastily organised event was held amid tight security, with Police Commissioner Mike Bush confirming armed police from Australia were on site to assist their New Zealand counterparts.

The service heard a Muslim invocation, or du'a, and Cat Stevens - the British singer who shunned stardom in the 1970s and became a Muslim, taking the name Yusuf Islam - gave a powerful rendition of his hit song "Peace Train".

But the most moving speech came from Farid Ahmed, whose wife Husna was killed as she rushed back into a mosque trying to rescue her disabled husband.

"People ask me, 'why do you forgive someone who has killed your beloved wife?'" he said.

"I can give so many answers ... Allah says if we forgive one another he loves us."

Mr Ahmed said people from different cultures were like flowers and "together we are a beautiful garden".

"I don't want a heavy heart boiling like a volcano with anger, fury and rage - it burns itself and burns its surroundings," he said.

"I want a heart full of love, care and mercy. This heart does not want any more lives to be lost, any other human to go through the pain I've gone through.

"That's why I am choosing peace and I have forgiven."

Amid the tears and grief, there was optimism among the crowd that the outpouring of compassion that followed the attacks would become the lasting legacy of its victims.

"When we're walking down the street people are coming up and expressing their peace and love.

"It was a very tragic event, but it's been a life-changing event for the nation itself."

Christchurch mayor Lianne Dalziel said the atrocity was "an attack on us all".

"Those actions were designed to divide us and tear us apart," she said. "They have instead united us."