At least 157 have been killed in Zimbabwe and Mozambique after Cyclone Idai tore across southern Africa, officials have said.

Vast areas of land have been flooded, while roads have been destroyed and communications disrupted.

The Mozambican port city of Beira has suffered massive damage, the Red Cross said. The storm has also pounded Malawi.

"The scale of devastation (in Beira) is enormous. It seems that 90% of the area is completely destroyed," said Jamie LeSueur, leader of the International Federation of Red Cross and Red Crescent Societies (IFRC) team there.

In Zimbabwe, the Chimanimani district has been cut off from the rest of the country by torrential rains and winds of up to 170km/h that swept away roads, homes and bridges and knocked out power and communication lines. 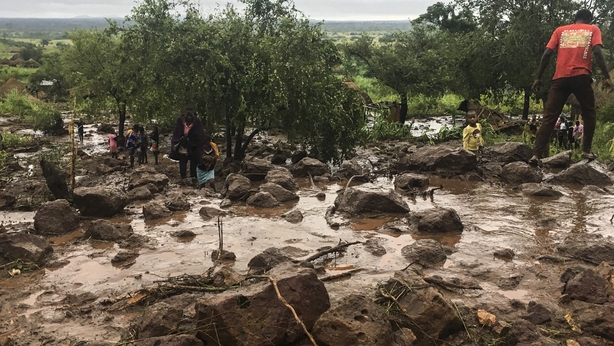 Zimbabwean information ministry official Nick Mangwana told Reuters the number of confirmed deaths throughout the country was now 89. The body count is expected to rise.

The Mozambican state news agency put the death toll in Beiraat at 68, although television channel TVM reported that about 84 people had died across Mozambique.

Zimbabwean rescuers were struggling to reach people in Chimanimani, many of whom have been sleeping in the mountains since Friday, after their homes were flattened by rock falls and mudslides or washed away by torrential rains.

Many families cannot bury the dead due to the floods. 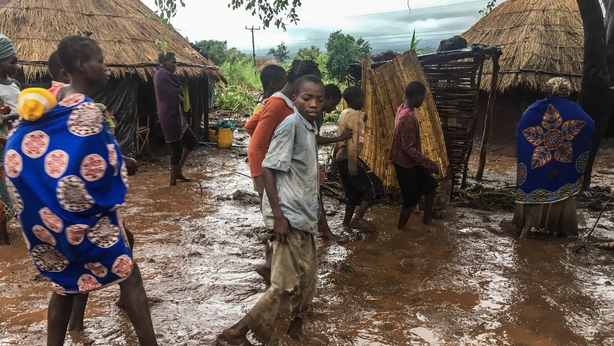 The Harare government has declared a state of disaster in areas affected by the storm, the worst to hit the country since Cyclone Eline devastated eastern and southern Zimbabwe in 2000.

The country of 15 million people is already suffering a severe drought that has wilted crops.

In Beira, home to Mozambique's second largest port which serves as gateway for imports to landlocked countries in southeast Africa, billboards were blown down and electricity and telephone poles knocked down.

Large swathes of land city's outskirts were submerged, and many houses were destroyed.

In some streets, people waded through knee-high water, avoiding piles of mangled metal, detached tin roofs and other debris. 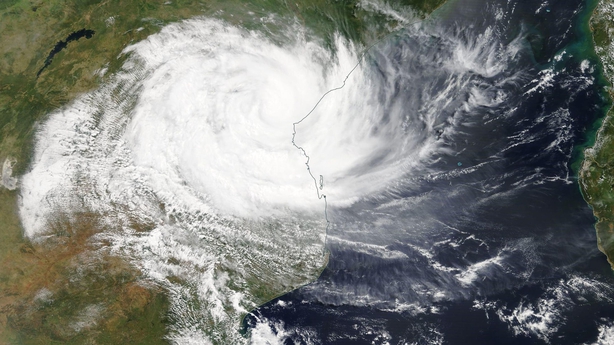 Beira has a population of 500,000 and sits at the mouth of the Pungwe River.

The director of a company that jointly manages the port, Cornelder, based in the Netherlands, said the port had been closed since last Wednesday but was relatively all right and would hopefully resume operations on Tuesday.

At least two cranes would be working but damage to the access routes and roads further inland was more likely to cause a problem, said the director, who asked not to be named.

"It's a total blackout, so all networks and electricity are down," the person said, adding the company had large generators and enough fuel to run for now.

The fuel pipeline running from Beira to Zimbabwe was believed to be intact, the person said, though communication was still very patchy and therefore the situation at the port remained uncertain.

In February 2000, Cyclone Eline hit Mozambique when it was already devastated by its worst floods in three decades.

It killed 350 people and made 650,000 homeless across southern Africa.