Fifty-one people have been killed and three people are in custody after attackers opened fire during Friday prayers at two mosques in the New Zealand city of Christchurch.

What we know so far:

- Fifty-one people were killed at the Masjid Al Noor mosque in central Christchurch, seven were killed inside the suburban Linwood Masjid Mosque. Another person died elsewhere.

- Migrants and refugees appeared to be most affected by the shootings.

- 42 people have been injured, two of them critically, including a four year old child.

- One man has been charged with murder. Two other men are in custody over the attacks.

- She said the shootings appeared to have been a well-planned "terrorist attack". She described it as "one of New Zealand's darkest days".

- One of the attackers – describing himself as Brenton Tarrant - appears to have live-streamed the attack on Facebook as he shot victims in a mosque. Police have urged the public not to share the "extremely distressing" material online. 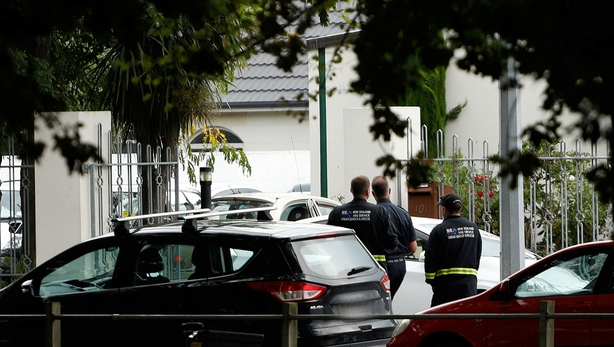 - The 28-year-old Australian described his anti-immigrant motives in a manifesto.

- Australia's Prime Minister Scott Morrison said one of those arrested was an Australian citizen and described the suspected attacker as an "extremist right-wing violent terrorist".

- Police have warned there may be more suspects.

- A number of improvised explosive devices found on vehicles after the shootings have been defused by police.

- All schools in Christchurch were put on lockdown and mosques told to close their doors.

How the tragedy unfolded:

People are urged to stay indoors and report any suspicious behaviour. Shortly afterwards, all schools in the city are placed into lockdown.

2.30pm: Police describe it as an "active shooter" situation.

4pm: New Zealand Police Commissioner Mike Bush says there have been "multiple fatalities" at two locations - both mosques in Christchurch.

He adds that one person has been taken into custody, but warns it is unclear if more than one person is involved, or if any other locations are under threat.

Police urge all mosques across New Zealand to shut their doors and advise people to refrain from visiting them until further notice. 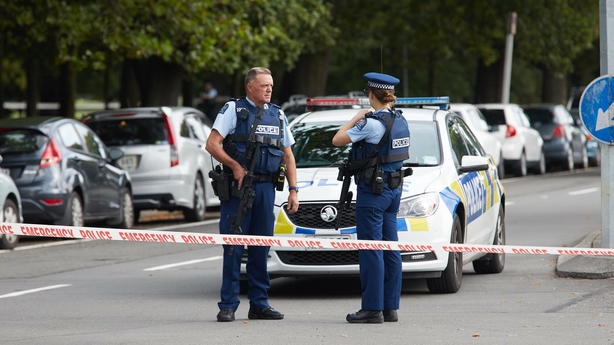 5.30pm: Mr Bush says three men and one woman are in custody over the shootings.

A short time later, Australian Prime Minister Scott Morrison confirms one of the people arrested is an Australian citizen.

7.30pm: Ms Ardern confirms 40 people are believed to have died in the shootings, while more than 20 are seriously injured.

She says the offender is in custody, adding: "I can give that assurance, he has been apprehended. He is also accompanied by two other associates."

Asked about the attackers not being on intelligence agency watchlists, she says it is an indication they "had not acted in a way that warranted it".