Venezuelan opposition leader Juan Guaido has set a goal of enlisting a million volunteers within a week to confront a government blockade that has kept tonnes of humanitarian aid, most of it from the United States, from flowing into the country.

Mr Guaido has given 23 February - one month to the day after he proclaimed himself acting president - as the date for a showdown over the aid with the government of President Nicolas Maduro.

Food supplies, hygiene kits and nutritional supplements have been stockpiled near the Venezuelan border in Cucuta, Colombia.

Additional storage centres are supposed to open this week in Brazil and Curacao, a Dutch island off Venezuela's northern Caribbean coast.

"Our principal task is to reach a million volunteers by 23 February," Mr Guaido said in a message to the 600,000 supporters who have signed up so far for the push to bring aid in.

He said the volunteers would gather at designated points, or participate on social media. 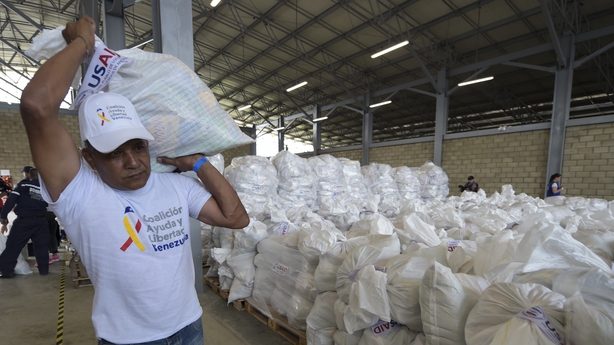 Caravans of buses are being planned to carry volunteers to border entry points to meet and transport arriving cargo, but Mr Guaido has kept to himself how he plans to overcome the obstacles put up by the Venezuelan military, on Mr Maduro's orders.

Volunteer groups have already begun meeting in so-called "humanitarian camps" in several Venezuelan states to organise and prepare for the arrival of aid.

Sometimes working under awnings or tents, doctors, nurses, dentists and pediatricians have attended to local residents in need.

An imploding economy has driven an estimated 2.3 million Venezuelans to migrate, while those who remain have been punished by hyperinflation that has put scarce food and medicine out of reach for many.

Mr Maduro, who denies the existence of a humanitarian crisis, dismisses the opposition moves as a "political show" and a cover for a US invasion.

"Venezuela is preparing for the humanitarian avalanche," Mr Guaido told about 4,000 supporters clad in white T-shirts and green scarves who gathered on Saturday to sign up as volunteers. 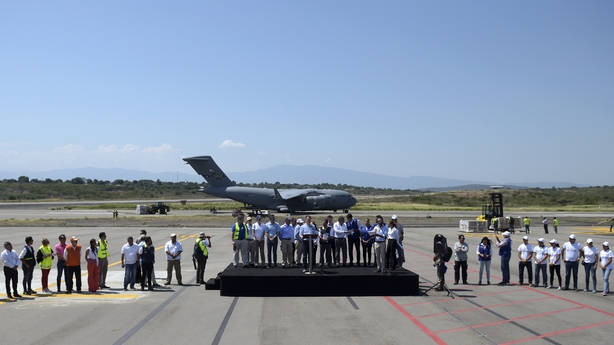 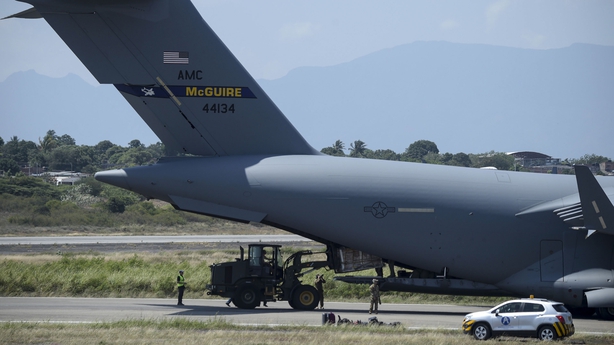 Meanwhile, US Senator Marco Rubio arrived in Cucuta for a first-hand look at the aid operations.

He met with officials at the collection point and visited the Simon Bolivar international bridge linking Colombia and Venezuela.

Mr Guaido, in a tweet, thanked Mr Rubio for his "noble effort to achieve humanitarian aid."

Another US aircraft is due in Curacao from Miami on Tuesday, and a collection centre for Brazilian aid will open Monday on the border, Mr Guaido's team said. 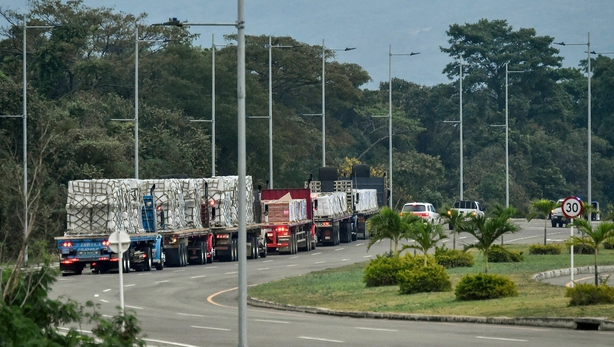 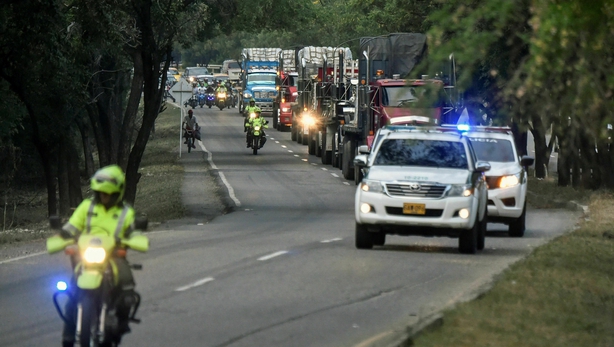 Saturday's shipment was accompanied by a delegation led by Mark Green, head of the US Agency for International Development.

The aid "will come in, yes oh yes, by land and sea," Mr Guaido said.

On Friday, Mr Maduro instructed his army to prepare a "special deployment plan" for the 2,200km border with Colombia.

Mr Maduro has poured scorn on the aid, spurning it as "crumbs" and "rotten and contaminated food" while blaming shortages of food and medicine on US sanctions.

He said six million families had benefited from subsidised food boxes and he claimed to have bought 933 tonnes of medicines and medical supplies from China, Cuba and Russia, his main international allies.

"We paid for it with our own money because we're beggars to no one," Mr Maduro said. 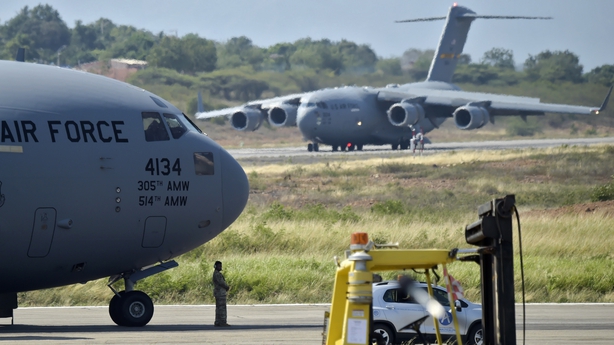