The wife of a wealthy Norwegian businessman has gone missing in a rare suspected kidnapping, and her family has received a ransom demand to be paid in cryptocurrency, police have revealed.

Anne-Elisabeth Hagen, 68, the wife of real estate investor Tom Hagen, went missing on 31 October, but news of her disappearance had not previously been disclosed.

"There has been demand for ransom, and serious threats have been made in this case," Police Inspector Tommy Broeske told a news conference.

"As things now stand, we advise the family not to pay."

"Our main theory is that the victim was kidnapped by unidentified perpetrators at her home" in Lorenskog, about 20 kilometres (12 miles) from Oslo, he said.

The authorities had received no sign of life from the woman, "but we haven't received any indication that she isn't alive either", Mr Broske said.

Investigators said they had no suspects at this stage.

Norwegian tabloid Verdens Gang, quoting unnamed sources, reported that a ransom demand corresponding to €9m had been made, payable in the Monero cryptocurrency. Police declined to comment on the size of the demand.

Such incidents are extremely rare in the wealthy Scandinavian country, which enjoys a generally low crime rate.

Mr Broske said investigators had had "very limited" contacts with the self-described kidnappers online, but refused to disclose the date of the most recent contact.

Mr Hagen, also 68, is Norway's 172nd richest man, according to the magazine Kapital, with an estimated fortune of 1.7 billion kroner (€175m).

The real estate investor owns 70% of electricity company Elkraft, which he co-founded in 1992, Norwegian media reported.

The parents of three adult children, the couple lived a quiet, retiring life in an elegant but understated home, now blocked off by police tape. 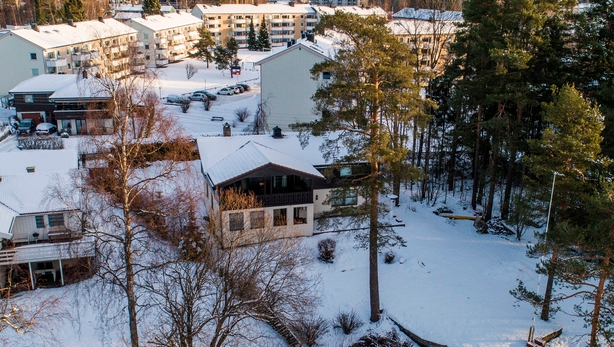 While he keeps a low profile, Mr Hagen has been the subject of news articles about his business success.

A lawyer for the family said they had not paid the ransom.

"There's no doubt that for the family, Anne-Elisabeth's kidnapping is a horrible and inhumane act," he said, expressing hopes that news of her disappearance would lead to some kind of sign that she is alive.

According to media reports, a note written in poor Norwegian was left at their home warning that she would die if police were alerted.

Investigators refused to comment on that report, but said international police were cooperating on the case.