Police in Denmark have said the death toll from yesterday's train accident has risen from six to eight.

The accident occurred on the Great Belt Bridge connecting the islands of Zealand, where Copenhagen is located, and Funen.

A passenger train was heading towards the capital when it was hit by objects or tarpaulin from a freight train, according to Banedanmark, which is responsible for maintenance and traffic control of the railway network.

A preliminary investigation by the Danish Accident Investigation Board showed a trailer had blown off a freight wagon onto the oncoming tracks, a spokesman said.

Five women and three men were killed in the accident.

"There was a very, very loud bang and then the train stopped," a witness who had been on board the train with his daughter told broadcaster TV2. 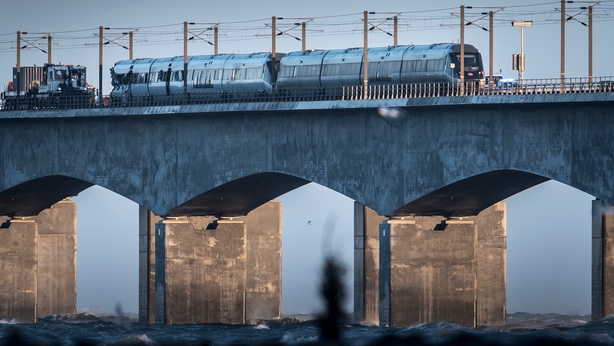