Workers in DR Congo have begun preparations for tomorrow’s long-awaited elections as a pre-vote protest called by the country's opposition appeared to fail.

Fears of election-day problems have soared after the electoral commission said a warehouse fire destroyed thousands of voting machines earmarked for the capital.

In the capital Kinshasa, about 20 black cases said to contain electronic voting machines were brought in under police escort to a polling station in the district of Matonge.

President Joseph Kabila, 47, is stepping down after nearly 18 years at the helm. 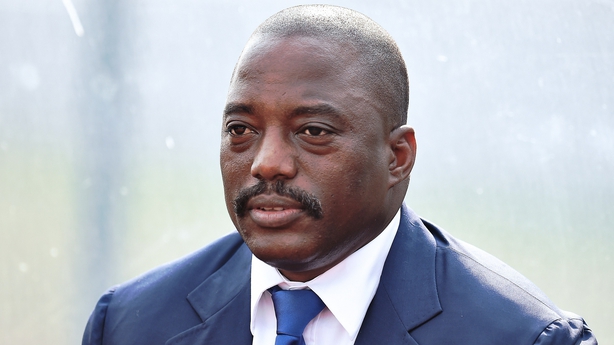 Three men are heading a field of 21 candidates in the presidential race.

The commission ordered the elections, already twice delayed, to be moved from 23 December to 30 December to get more time to prepare.

On Wednesday, it declared the vote would be postponed again in violence-hit parts of the country.

However, the elections will still go ahead elsewhere and the new president will be sworn in on 18 January as scheduled, the commission said, without further explanation.

The announcement prompted Lamuka, a coalition of parties supporting Mr Fayulu, to call for cities to be brought to a standstill on Friday.

While the call had little support across the vast country, there was violence in the eastern province of North Kivu, one of the regions where voting has been postponed. 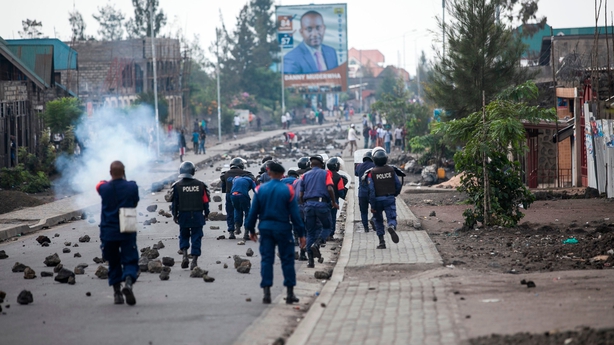 One demonstrator was shot dead in the city of Beni and four were wounded, local sources said.

In the province's capital of Goma, youths faced off with police in the rundown district of Majengo.

Police there also seized camera equipment from a Congolese journalist working for the BBC.

Around 1.25 million people in North Kivu and the southwestern territory of Yumbi are affected by the postponement, out of a national electoral roll of 40 million. 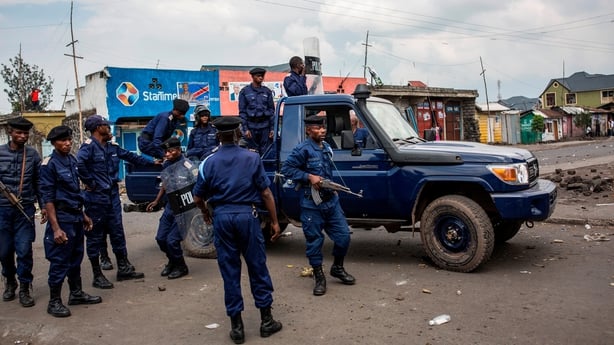 The head of the Independent National Election Commission, Corneille Nangaa, met candidates including Mr Fayulu on Friday and reiterated that the vote would go ahead tomorrow.

Another meeting between the candidates and observers will be held later today.

The presidential election - the country’s first in seven years - coincides with voting for municipal and legislative bodies.

At stake is the future of a volatile giant that has never had a peaceful transition of power in 58 years as an independent state.

It has twice been a battleground for regional wars in the past 22 years and is mired in poverty, despite mineral riches ranging from gold and uranium to copper and cobalt.

President Kabila took office in 2001 at the age of just 29, succeeding his president father, Laurent-Desire, who was assassinated by a bodyguard.

But his long tenure has been come under heavy fire from human rights watchdogs and anti-corruption monitors and a question mark hangs over whether the vote will be credible.

The authorities have permitted some election monitors from fellow African countries but refused any financial or logistical help from the UN or western countries.

Yesterday, UN Secretary-General Antonio Guterres called on all sides "to continue working together to ensure an environment free of violence so that all eligible voters can cast their ballots peacefully on election day".