US President Donald Trump has decided to pull a significant number of troops from Afghanistan, a US official said last night, with some reports suggesting as many as 50% could leave the war-torn country.

The surprise move stunned and dismayed foreign diplomats and officials in Kabul who are involved in an intensifying push to end the 17-year conflict.

"If you're the Taliban, Christmas has come early," a senior foreign official in the Afghan capital told AFP on the condition of anonymity.

"Would you be thinking of a ceasefire if your main opponent has just withdrawn half their troops?"

It is not clear if US peace envoy Zalmay Khalilzad or the Afghan government had been aware of Mr Trump's plans.

A spokesman for President Ashraf Ghani said: "If there is any reaction by the Afghan government, we will share it later."

The decision apparently came after Mr Khalilzad met the Taliban in Abu Dhabi this week, part of a flurry of diplomatic efforts to bring the Taliban to the negotiating table with the Afghan government.

They are believed to have discussed issues including the group's longstanding demand for a pullout of foreign troops and a ceasefire.

"That decision has been made. There will be a significant withdrawal," the American official told AFP on condition of anonymity.

Mr Trump made his decision on Tuesday, the same time he told the Pentagon he wanted to pull all US forces out of Syria and as talks were ongoing in Abu Dhabi. 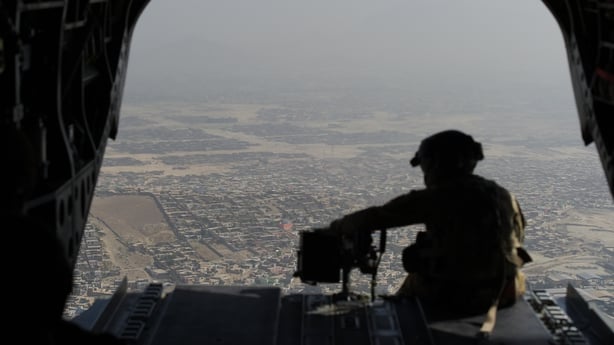 Critics suggest the president's twin foreign policy decisions on Syria and Afghanistan could unspool a series of cascading and unpredictable events across the Middle East and in Afghanistan.

The United States has about 14,000 troops in Afghanistan, working either with a NATO mission to support Afghan forces or in separate counter-terrorism operations.

The Wall Street Journal reported that more than 7,000 troops would be returning from Afghanistan.

Mr Trump at the time said his instinct was to get out of Afghanistan.

The pullout comes as the United States spearheads international efforts to end the war with the Taliban, which was toppled from power in a US-led invasion in 2001.

Mr Khalilzad, who has met Taliban representatives several times in recent months, has expressed hopes for a peace deal before the Afghan presidential elections scheduled for April.

Foreign observers and officials said Mr Trump's move had handed the Taliban a major propaganda and tactical victory, without the militants having to make any concessions.