Ruling party candidate Salome Zurabishvili has won Georgia's presidential election with 59.52% of the vote, the election commission has said, with all ballots counted.

The French-born politician beat her rival Grigol Vashadze, who ran from an alliance of 11 opposition parties led by exiled ex-president Mikheil Saakashvili's United National Movement (UNM), and who ultimately took 40.48% of the vote.

Ms Zurabishvili is a former French career diplomat who served as Georgia's foreign minister from 2004 to 2005. 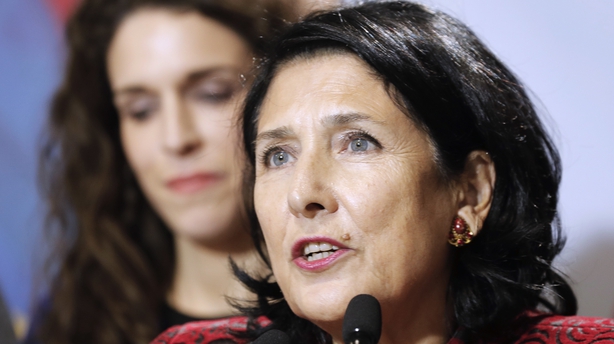 She said that her election as the ex-Soviet country's first female president shows that voters have chosen closer integration with Europe.

"It is now important to show that this country has chosen Europe," Ms Zurabishvili told journalists, saying that "for that purpose, Georgians have elected a European woman president."

The presidential elections in Georgia were "competitive" and candidates were able to campaign freely, international observers said.

But observers from the Organisation for Security and Cooperation in Europe also noted that the ruling party's candidate "enjoyed an undue advantage" due to the misuse of administrative resources.