Thousands of people were being evacuated from their homes in northeast Australia today, as bushfires raged across Queensland state amid a scorching heatwave.

Some 8,000 people were told to leave the town of Gracemere, south of the central coast area of Rockhampton, as a fast-moving blaze threatened homes.

The Bureau of Meteorology declared a "catastrophic" fire danger - the highest possible risk rating - in some central areas, while firefighters battled to contain more than 130 blazes across the state. 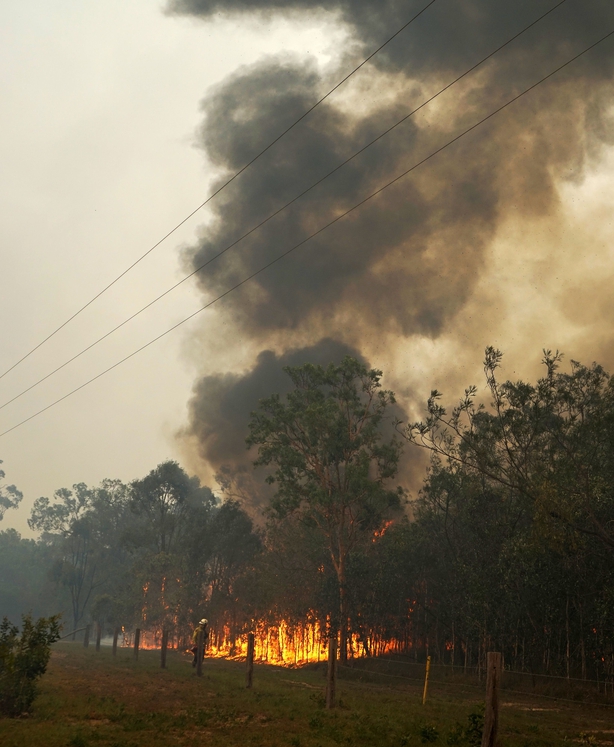 "This is a very stressful situation for families. I need you to all be strong. I need you to all listen. Your family and the protection of our community is vital," state premier Annastacia Palaszczuk said to those told to leave their homes.

"So we need to reach out to community members who are frail, who are elderly, who have a disability. Please listen to authorities, it is going to get a lot worse," she added.

The Bureau of Meteorology said scorching temperatures had broken records across Queensland, with the state capital Brisbane reaching 37.9 degrees Celsius.

At least 34 schools were closed, and authorities earlier in the day said the number of homes destroyed was likely in "single digits" but it was too early to confirm.

Other states were sending back up firefighters to Queensland.

"We will see more fires flare up very very quickly, so this is the start of it," Queensland fire and emergency services commissioner Katarina Carroll warned.

"It is very difficult to get a sense of how long people have in the area because the winds are picking up faster than what was expected - so evolving, but very, very quickly," she added. 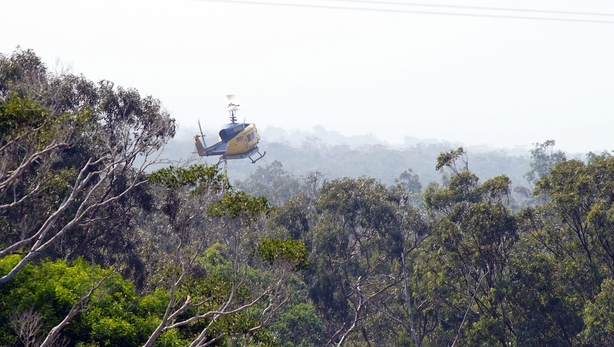 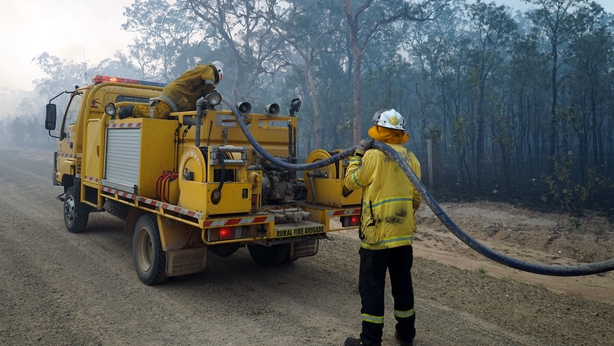 Resident Luana Royle from the central Queensland town of Finch Hatton told national broadcaster ABC that the area had been hard hit by the blaze.

"Our fires around here, you couldn't even see 500 metres in front of you this morning," she said.

"Everyone is OK, but two houses have went, which is pretty sad."

Australia is no stranger to extreme weather, experiencing flash floods, sandstorms and even extreme drought in areas that are now being inundated.

South of Queensland, in the neighbouring state of New South Wales, Sydney was today hit by severe thunderstorms and heavy rainfall.

The local Bureau of Meteorology reported more than 106mm of rain in some places within a few hours.

Flights were cancelled, railway lines closed and motorists stranded on flooded roads, as a month's worth of rain fell there early Wednesday morning.