Hundreds of migrants have reached the US-Mexico border today, their numbers swelling as the main body of a much larger caravan of Central Americans followed behind them at an accelerated pace through Mexico.

Even as US Defence Secretary Jim Mattis travelled to the border to visit the thousands of troops President Donald Trump has deployed there, a new group of around 350 migrants arrived in the northern city of Tijuana, across the border from San Diego, California - bringing the total number of caravan members there to over 800.

Large groups of migrants have been gathering on the beach at the border fence that separates Mexico from California, shouting "we're not criminals!" in a pointed message to Trump. 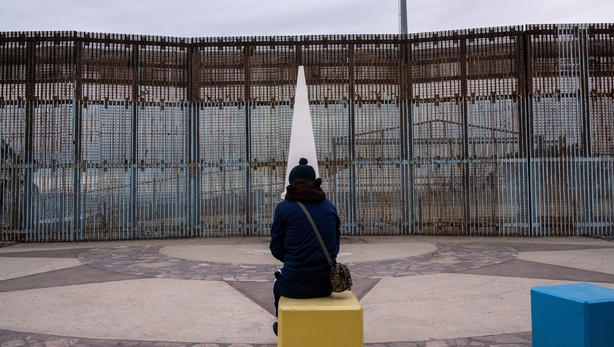 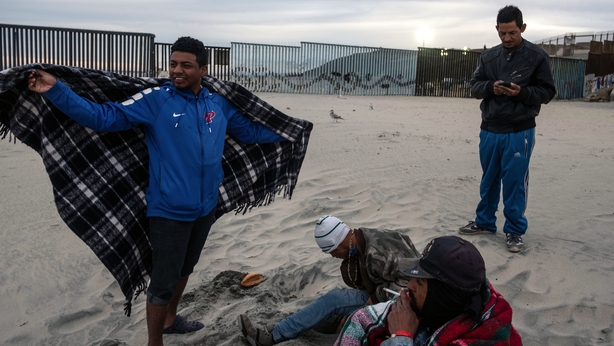 On Tuesday, some even scaled the fence and dropped down to the other side, writing defiant messages in the sand as US border patrol agents looked on, before scrambling back to the Mexican side.

Another 2,000 migrants from the main caravan meanwhile travelled through the night on buses supplied by a Catholic priest, leaping rapidly into northern Mexico after an arduous, month-long trek across the south and center of the country.

The buses dropped them off in the town of Navojoa, in the northern state of Sonora, then returned to pick up a second group of 2,000 migrants who had stayed behind.

Navojoa sits about 1,200km from Tijuana, the spot the migrants plan to cross the border, and more than 3,000km from the town where they began their journey on October 13: San Pedro Sula, Honduras.

But the caravan is moving far more quickly through the dangerous and sparsely populated north than it did through the south and center of the country, thanks to donated transport - sometimes from local authorities who would rather send the migrants on their way than host them in shelters. 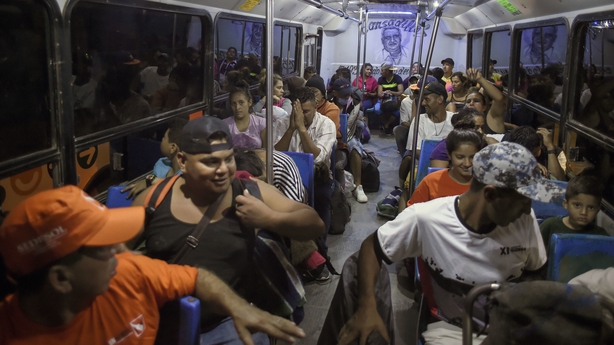 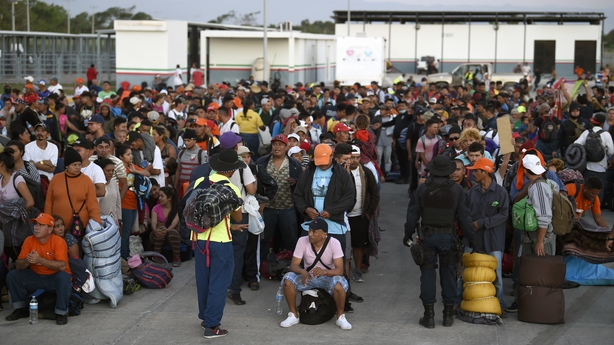 "We want to arrive as soon as possible. We've been on the road for more than a month," said Saul Rivera, 40, a migrant from El Salvador.

At the pace they are now travelling, the full caravan of some 5,000 migrants could be at the border by Friday.

Trump turned the caravan into a hot-button issue ahead of last week's US midterm elections, claiming - without providing evidence - that it included "hardened criminals" and "unknown Middle Easterners" who were about to "assault" the United States.

The migrants insist they are simply seeking a better future away from Central America's "Northern Triangle" - El Salvador, Guatemala and Honduras, poor countries where gang violence has fuelled some of the highest murder rates in the world.