North Korea and South Korea have begun destroying 20 guard posts along their heavily-fortified frontier under a plan to reduce tensions on the border.

Under an agreement made between their generals in late October, North and South Korea agreed to each remove 10 posts and preserve one on either side of the frontier.

South Korea has around 60 such posts along the rest of the border while the North has about 160, Yonhap said.

The border truce village of Panmunjom - or the Joint Security Area (JSA) - is the only spot along the tense, 250km frontier where soldiers from the two Koreas and the US-led UN Command stand face-to-face. 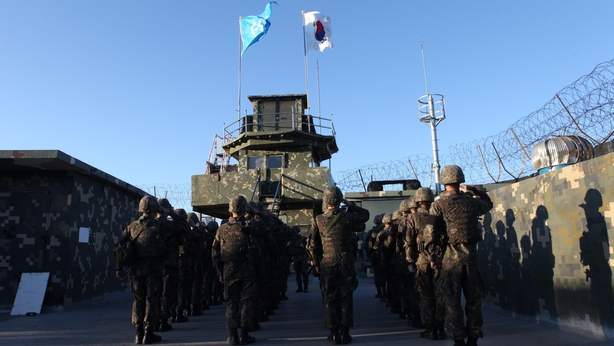 But as part of the latest reconciliatory gesture, the two Koreas last month removed all firearms and guard posts from the area, leaving it manned by 35 unarmed personnel from each side.

The moves come as a diplomatic thaw between the former wartime foes gathers pace.

Under South Korean President Moon Jae-in, Seoul has pursued a policy of engagement with its isolated, nuclear-armed neighbour, in contrast with the US which insists pressure should be maintained on Pyongyang until it denuclearises.

Mr Moon and North Korean leader Kim Jong-un agreed on a broad plan to ease tensions along the border during their third summit in Pyongyang in September. 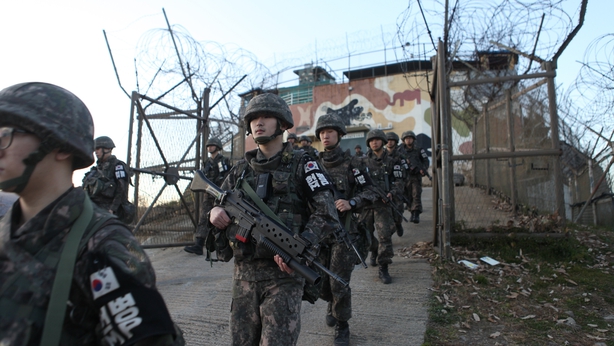 The two nations technically remain at war after the 1950-53 Korean War that sealed the division of the peninsula and ended with a ceasefire instead of a peace treaty.

But ties improved markedly this year as Mr Moon and Mr Kim took a series of reconciliatory gestures.

Mr Kim and US President Donald Trump also held a historic summit in June in Singapore and signed a vaguely worded deal on denuclearisation, but little progress has been made since then, with the two countries sparring over the exact meaning of the agreement.

Planned talks between US Secretary of State Mike Pompeo and one of Mr Kim's right-hand men, Kim Yong Chol, were also delayed this week.