China said it was investigating former Interpol chief Meng Hongwei for bribery and other violations, days after French authorities said the Chinese official had been reported missing by his wife after travelling to his home country.

Under President Xi Jinping, China has been engaged in a sweeping crackdown on official corruption.

"The investigation against Meng Hongwei taking bribes and suspected violations of law is very timely, absolutely correct and rather wise," China's Ministry of Public Security said in a statement on its website.

"The investigation of Meng Hongwei fully shows there is no privilege and no exception in front of the law, and anyone who violates the law must be severely punished," it added.

Officials should never be allowed to "negotiate terms or haggle" over positions within the party, the ministry said, referring to China's ruling Communist Party.

French media yesterday broadcast video of Mr Meng's wife Grace speaking to a small group of journalists at a hotel in Lyon, her back to a TV camera in order to hide her appearance and her voice trembling. 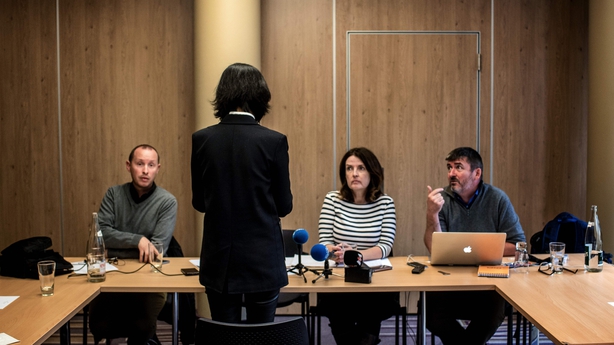 "This is a matter for the international community. It concerns the people of my motherland," she said.

She showed journalists a text message on her mobile phone with an image of a knife, sent by her husband as a way of showing her that he felt he was in danger, French media reported.

Mr Meng, 64, became president of the global police cooperation agency in late 2016 amid a broader effort by China to secure leadership posts in international organisations.

His appointment prompted concern at the time from rights groups that Beijing might try to leverage his position to pursue dissidents abroad.

"Meng's sudden disappearance ... has clearly undermined China's own efforts and has lent credence to those who said previously that China was not ready to take on such important international leadership roles," said Paul Haenle, Director at the Carnegie Tsinghua Center in Beijing.

France's Interior Ministry said on Friday that Mr Meng's family had not heard from him since 25 September, and French authorities said his wife was under police protection in Lyon, where Interpol is headquartered, after receiving threats.

Presidents of Interpol are seconded from their national administrations and remain in their home post while representing the international policing body.

A source at the agency declined to say whether it was usual for an Interpol president to bring his family to France, or whether Interpol provided housing for Mr Meng.

Mr Meng's predecessor, Frenchwoman Mireille Ballestrazzi, lived in Paris and travelled to Lyon for meetings when her presence was required.

China's foreign ministry said on Monday that China would continue to provide support for Interpol's work.