Twitter's chief executive Jack Dorsey has said the social media site was "unprepared and ill-equipped" for the vast campaigns of manipulation that affected social media in the past few years.

Mr Dorsey made the statement while appearing before the US Senate Intelligence Committee hearing on foreign influence campaigns on social media.

He said the messaging service was set up to function as a "public square" but had failed to deal with "abuse, harassment, troll armies, propaganda through bots".

"We aren't proud of how that free and open exchange has been weaponised and used to distract and divide people, and our nation," he told the US politicians, who are calling for stronger efforts to curb foreign influence campaigns on social media.

Mr Dorsey said: "We found ourselves unprepared and ill-equipped for the immensity of the problems we've acknowledged".

He said Twitter had stepped up its effort to protect what he called a "healthy public square" but that the challenges were daunting.

"We've learned from 2016 and more recently from other nations' elections how to help protect the integrity of our elections," he said.

"But we all have to think a lot bigger, and decades past today. We must ask the question, 'What is Twitter incentivising people to do (or not do), and why?'

"The answers will lead to tectonic shifts in how Twitter, and our industry, operates. Required changes won't be fast or easy".

Ms Sandberg repeated Facebook's acknowledgements about failing to crack down on influence campaigns stemming from Russia that interfered with the 2016 US presidential election. 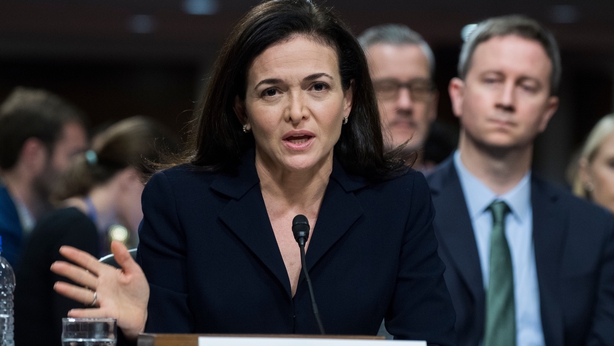 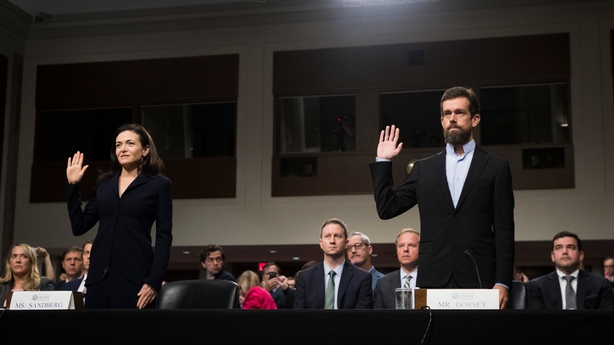 "That's on us. This interference was completely unacceptable. It violated the values of our company and of the country we love".

Politicians welcomed the comments but expressed concern about whether enough was being done.

"We have identified the problem - now it is time to identify the solution," said Senator Richard Burr, the committee chairman.

"If the answer is regulation, let's have an honest dialogue about what that looks like. If the key is more resourcing, or legislation that facilitates information sharing and government cooperation, let's get that out there".

Senator Mark Warner told the hearing that social media firms "were caught flat-footed by the brazen attacks on our election" and questioned whether Silicon Valley was capable of confronting the problem of foreign influence.

Senator Warner said that "Russia has not stopped" and that "Russian-linked information warfare" was still being propagated.

"I'm sceptical that, ultimately, you'll be able to truly address this challenge on your own," he told the hearing. "Congress is going to have to take action here". 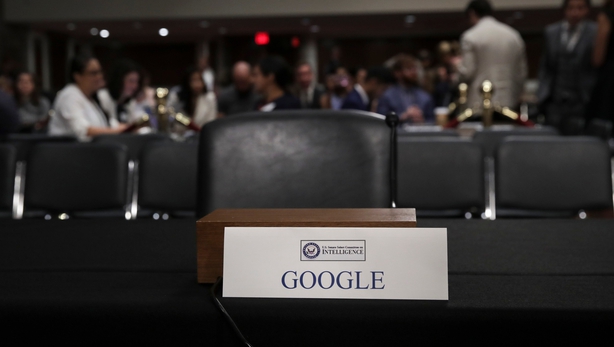 Google was also invited to attend the Senate hearing but declined to send its chief executive Sundar Pichai or Larry Page, the head of its parent firm Alphabet.

"As we promised the committee last year, we have now fulfilled all four of our commitments to provide increased transparency in election advertising".

The Senate hearing was the first of two on Capitol Hill focusing on social media, ahead of a House panel session where Mr Dorsey was to speak on "transparency and accountability".

In prepared remarks, Mr Dorsey rejected claims that Twitter operated on the basis of political bias.

"Twitter does not use political ideology to make any decisions, whether related to ranking content on our service or how we enforce our rules," Mr Dorsey said in his written testimony.

"We believe strongly in being impartial, and we strive to enforce our rules impartially". Mr Jones, whose Infowars site has been praised by Mr Trump, denounced what he called "a plan to de-platform conservatives, just like communist China," adding, "this is dangerous, authoritarianism".