Detroit is biding a final goodbye to US music icon Aretha Franklin at her star-studded funeral this afternoon.

Her family was joined by political dignitaries and music royalty in celebrating her life.

The 76-year-old singer, beloved by millions around the world, died of cancer on 16 August, closing the curtain on a glittering six-decade career that made her one of America's most celebrated artists.

Former President Bill Clinton and Smokey Robinson are among those due to address her six-hour, invitation-only funeral at the Greater Grace Temple. Stevie Wonder and Ariana Grande are to lead musical tributes.

The service is for family and friends only, meaning that members of the public will have to watch online or on a giant screen reportedly being erected near the church.

Franklin won 18 Grammy awards and was feted for her civil rights work, raising money for the cause and uplifting activists with her anthems.

She influenced generations of female singers from the late Whitney Houston to Beyonce, with unforgettable hits including "Respect" (1967), "Natural Woman" (1968) and "I Say a Little Prayer" (1968). 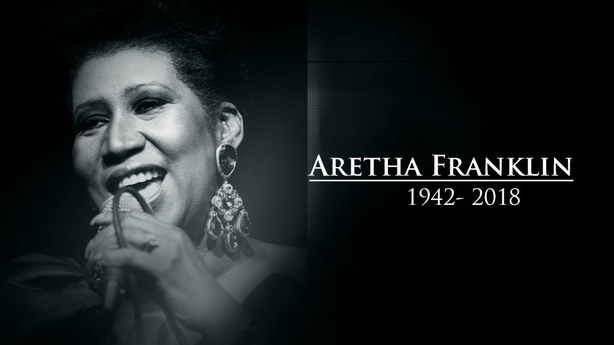 The daughter of a prominent Baptist preacher and civil rights activist, Franklin sang at the funeral of Martin Luther King Jr, as well as the inaugurations of presidents Clinton and Barack Obama.

She was awarded America's highest civilian honour by George W Bush in 2005. Letters from Mr Bush and Mr Obama are expected to be read at the funeral.

After the service, she will make her final journey in the same ivory 1940 Cadillac LaSalle that transported the body of her father in 1984, and that of civil rights icon Rosa Parks in 2005.

More than 100 pink Cadillacs - a nod to her 1985 hit "Freeway of Love" - will reportedly line up outside the church. She will be buried in Woodland Cemetery alongside her father and siblings.

The funeral comes after more than 40 artists performed at a free concert, billed "A People's Tribute to the Queen," spanning the R&B, gospel, jazz and blues genres in which Franklin excelled.

Thousands of fans packed into a water-front arena in Detroit, listening to guest singers powering through some of her greatest hits, culminating in an all-cast arrangement of "Respect".