Mourning fans lined up for a last glimpse of the queen of soul today as singer Aretha Franklin's hits played from loudspeakers outside the Charles H Wright Museum of African American History in Detroit, where her body will lie in repose ahead of her funeral.

Ms Franklin died last week at the age of 76 from pancreatic cancer in Detroit, where she began her career as a child singing gospel in the New Bethel Baptist Church choir.

Her soaring voice, seared with emotion, would become the inspirational standard for other singers to match. 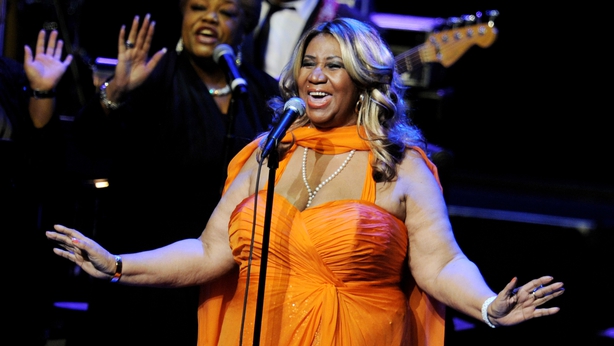 "Aretha made a lot of women look at themselves differently and changed how a lot of men looked at women," Alma Riley, 67, said after waiting in line outside the visitation for nearly three hours. "That is particularly important today when we see such a lack of respect."

Ms Franklin's body was displayed in an open casket, dressed in red shoes and a red dress, according to fans who emerged.

The preacher's daughter first topped the charts in 1967 with Respect, her no-nonsense reworking of a modest hit for Otis Redding into an enduring anthem for feminism and the civil rights movement.

Chaka Khan, Jennifer Hudson, Ronald Isley and Stevie Wonder, among others, are due to sing at her funeral on Friday at Detroit's Greater Grace Temple.

Former US president Bill Clinton, who had Ms Franklin sing at his 1993 inauguration celebrations, will be among the speakers. She also sang at former president Barack Obama's inauguration in 2009.

Ms Franklin was born in Memphis, Tennessee, but moved to Detroit as a small child as the city became a refuge for black Americans in the mid-20th century escaping segregation laws in southern states.

The city, which would become synonymous with the secular outgrowth of gospel music known as soul, is treating Ms Franklin's death as the passing of royalty, with a week of mourning, including a free tribute concert at a park on Thursday evening.

While Friday's funeral is closed to the public, the streets outside are to be lined with dozens of pink Cadillacs, the Detroit-built luxury cars.

Ms Franklin sang of cruising through the city in a pink Cadillac in her 1985 hit Freeway of Love, which earned her one of her 18 Grammy Awards.