A terror suspect accused of attempting to murder members of the public and police officers in an attack outside British parliament has appeared in court.

Salih Khater, 29, allegedly drove his silver Ford Fiesta into cyclists and pedestrians before swerving towards police officers and crashing into a security barrier.

The Sudanese-born suspect, who is a British citizen, was arrested by armed police outside the Palace of Westminster on 14 August.

Three people were treated for non-life threatening injuries after the crash.

Police said prosecutors will be treating his case as terrorism due to the method of the alleged attack, the targets selected and the high-profile location. 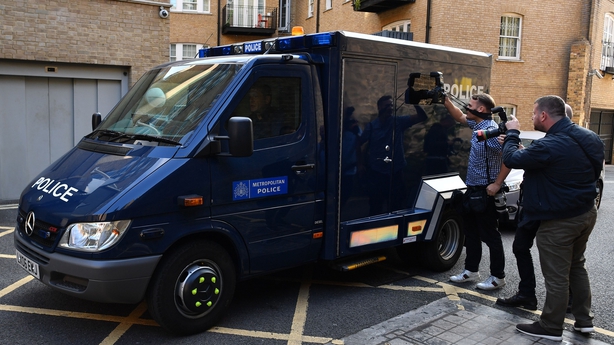 In court, he spoke only to confirm his name, date of birth, address and that he was British during a hearing that lasted less than six minutes.

His lawyer, Johanna Quinn, made no application for bail and Chief Magistrate Emma Arbuthnot remanded him in custody.

He will next appear at the Old Bailey on 31 August.